To American Atheists’ members and supporters:

On Monday, an article was published about former development director AJ Johnson filing a lawsuit against American Atheists for wrongful termination based on a claim of alleged discrimination. As President of American Atheists I can assure you that Ms. Johnson was not terminated for any reason relating to her race. Working for American Atheists was Ms. Johnson’s first professional position after college and it became clear (after an extended review period) that we needed someone with more experience in her position. In contrast, our current development director, Nick Fish, has several years of experience at other national organizations.

In opposition to what she now asserts, Ms. Johnson publicly supported  the “slaves obey your masters” billboard, which featured a biblical verse supporting slavery as a protest of the Pennsylvania state legislature’s proclamation of  2012 as the “Year of the Bible”.  Ms. Johnson also volunteered to rally support for the billboard from black atheists (see below). Indeed, months before the billboard was even conceived, Ms. Johnson tweeted a video from her personal account echoing the same biblical hypocrisy about slavery (see below).  In addition, Ms. Johnson was never subjected to racial jokes at any time, nor would anyone at American Atheists tolerate such behavior.

Ms. Johnson’s claims of whistleblowing are vague, so we can’t be sure what she is alleging. However, American Atheists’ books are open and transparent, and our financials are audited every year by an independent accounting firm. The board receives regular financial updates from me, and as always, all members are free to ask any questions.

I would like to correct some “facts” in one article about this lawsuit (since we were never given the opportunity to comment).

It disappoints me that Ms. Johnson turned away the very respectable severance package I offered and chose to file this lawsuit instead, but it underscores how mismatched we were and how right I was to terminate her employment.

American Atheists has a fantastic and diverse staff and board.  We are here to serve all facets of the atheist community, and look forward to working closely with the members, supporters, and other organizations to the betterment of this country. 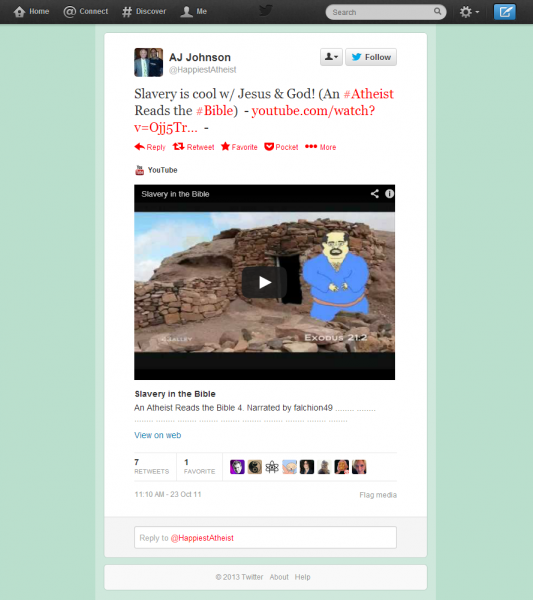 Your ticket for the: American Atheists Responds to Johnson Lawsuit