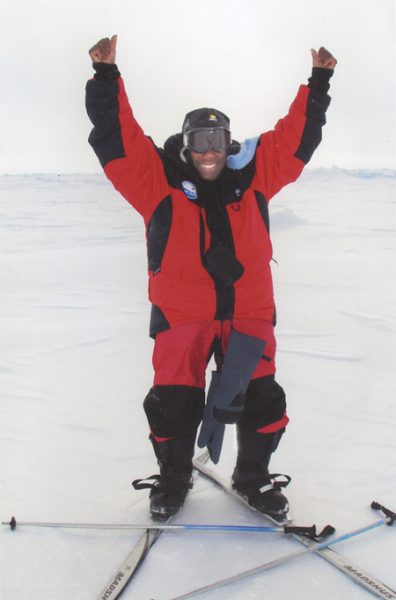 Hillary, an ardent atheist and no stranger to public speaking, has appeared on NBC News, FOX, Good Morning America, and others, in addition to speaking at several major universities. Yet, she has never addressed an atheist audience before.

“We’re delighted to bring Barbara Hillary to our 2014 National Convention,” said American Atheists President David Silverman. “We’ve been working on this for months and we’re thrilled to make the announcement. She’s so inspiring as a role model for people young and old, and she is passionate about the natural world and atheism.”

“We’re making a special effort at our convention this year to bring keynotes who haven’t spoken at atheist conventions before,” said Public Relations Director Dave Muscato. “Being an atheist is a normal and positive part of American society today. Many people don’t realize that many of their their heroes are, in fact, atheists. That’s something that needs to change, and we’re making it happen.”

In addition, American Atheists announced Tuesday that Arizona State Rep. Juan Mendez will speak at its 2014 National Convention as well, will will be the second time Mendez has addressed an atheist audience. Mendez made national headlines in May of this year for opening a congressional session with a quotation by the late astronomer and atheist Carl Sagan, instead of the traditional opening prayer.

American Atheists’ 40th Annual National Convention will additionally feature such speakers such as Reverend Barry Lynn of Americans United for the Separation of Church and State, Maryam Namazie of the Council of Ex-Muslims, popular bloggers PZ Myers and Greta Christina, and American Atheists President David Silverman. The convention will also feature a costume party, live music, stand-up comedy, an art show and silent auction, national and local exhibitors, and childcare options for attending families. The convention takes place the the weekend of April 17-20, 2014 in Salt Lake City, Utah.

Your ticket for the: 82-Year-Old Arctic Adventurer Barbara Hillary Will Speak at Atheist Convention