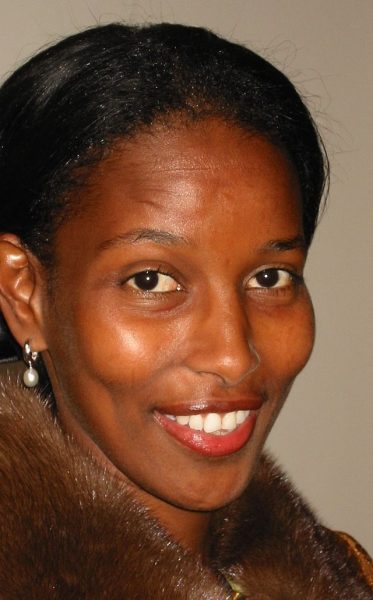 “Ayaan Hirsi Ali is a champion of atheist thought, but even more to the point, she is a champion of atheism activism,” said Silverman. “Ms. Hirsi Ali is a strong voice of reason and a passionate voice against the cruelties and irrationalities inherent in religion. Islam, like all other religions, silences and blinds people under a banner of ‘tolerance’ to the real atrocities it encourages and excuses. Ms. Hirsi Ali continues to be one of the most powerful voices in the world in this fight, and we can’t imagine a better keynote speaker for our 2015 National Convention. We’re proud to have her.”

Hirsi Ali, who escaped an arranged marriage in her native Somalia and was granted refugee status in the Netherlands, went on to become a member of the Dutch Parliament and is now a U.S. citizen. She lives under a fatwa and is known for her outspoken activism against female genital mutilation, child marriages, and religious violence. Hirsi Ali made headlines in April 2014 when Brandeis University announced it was rescinding its offer of an honorary doctorate because of Hirsi Ali’s harsh criticisms of Islam. Hirsi Ali has called Islam “a destructive, nihilistic cult of death.” Following the announcement, Silverman, an alumnus of the school, wrote an open letter to Brandeis President Frederick Lawrence withdrawing his membership from the school’s alumni association and condemning the university for caving to religious pressures.

Early bird registration is now open for the 2015 National Convention at atheists.org/convention2015. Additional speakers and program details will be announced in the coming weeks.

More information on Ahteist TV, including a live stream, is available at:
http://www.atheists.tv

Your ticket for the: Islam Critic, Women’s Advocate Ayaan Hirsi Ali To Be 2015 Convention Keynote