Memphis, TN—On Tuesday, American Atheists announced that it will feature a screening of the 2014 Christian film God’s Not Dead starring Kevin Sorbo at its 2015 National Convention in Memphis, April 2-5 . Comedians Trace Bealieu and Frank Conniff, best known for their roles in the sci-fi comedy TV show Mystery Science Theater 3000 , will riff on the film in the presence of a live audience. The screening will be Sunday, April 5. Those who wish to attend the screening must purchase a convention ticket. 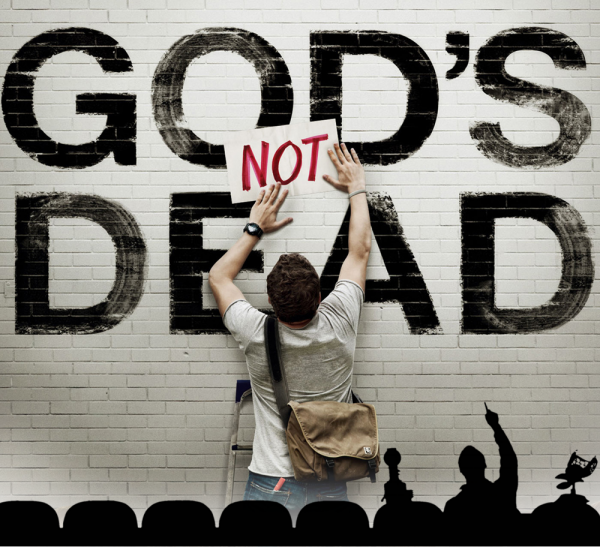 “God’s not dead—he’s alive with laughter!” said Frank Conniff, who played “TV’s Frank” on Mystery Science Theater 3000. “I promise that Trace Beaulieu will treat God’s Not Dead with the same religious reverence and respect that we showed towards Mano: The Hands of Fate.”

The National Convention will also feature an all-star stand-up comedy show on Friday, April 3. The comedy show is a separate ticketed event from the convention, open to the public at $25 per person. The stand-up comedians are Keith Lowell Jensen, Leighann Lord, and Steve Hill.

“Our conventions are a celebration, and laughter is a fundamental part of that,” said American Atheists President David Silverman. “That’s why we always feature stand-up comedy at our conventions. This year, we’re taking it a step further: Mystery Science Theater with an atheist twist. We can’t wait to see you there.”

Convention tickets are available in advance online at atheists.org/convention or at the door of the Peabody Hotel in Memphis, April 2-5.

Your ticket for the: Atheist Convention Will Screen ‘God’s Not Dead’—With a Helping Hand From ‘Mystery Science Theater 3000’ Cast