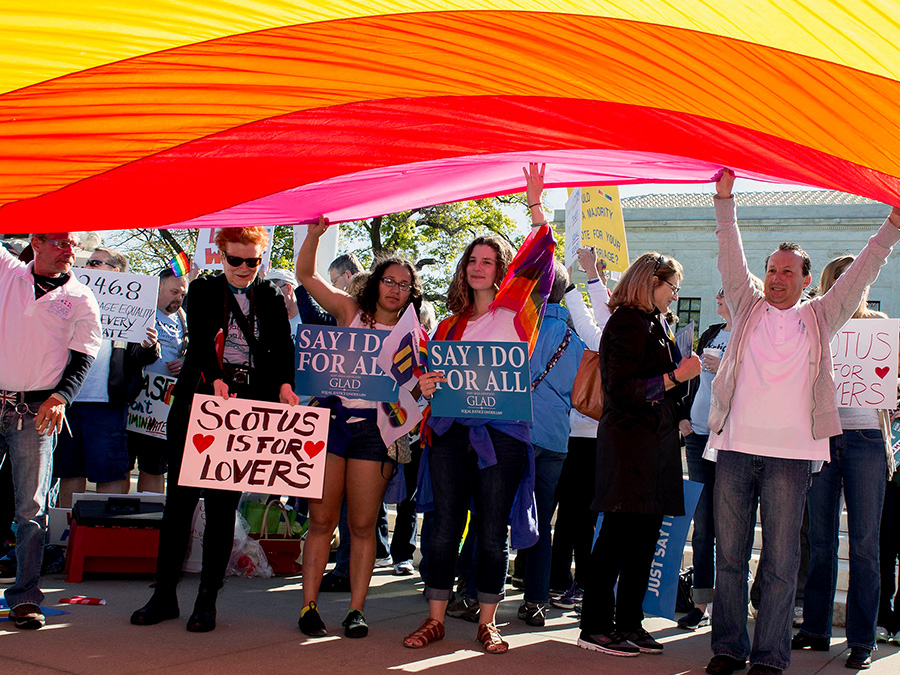 WASHINGTON, D.C.—This morning, the Supreme Court of the United States will hear oral arguments in the case of Obergefell v. Hodges. This is likely the most significant case on the issue of marriage equality to come before the highest court in America in our generation.

“American Atheists stands for the rights and equality of all people,” said David Silverman, president of American Atheists. “Religious dogma is never a valid basis for law, but it is especially egregious when it used to deny the rights of millions of people.”

For more than 50 years, American Atheists has opposed religious intrusions into law and special privileges for religious belief in all matters of public policy. This case is no different.

Silverman continued, “This case ought to be very straightforward: Denying the right of same-sex couples to marry serves no purpose other than to force a particular religious doctrine onto LGBT Americans. It is unconstitutional and it is discriminatory, plain and simple.”

American Atheists calls upon the Supreme Court to rule in favor of the rights of all Americans. In the words of Judge John E. Jones III in his ruling striking down Pennsylvania’s same-sex marriage ban, “We are better people than what these laws represent, and it is time to discard them into the ash heap of history.”

Your ticket for the: On Marriage Equality Case, the Rights of LGBT Americans Trump Religious Dogma