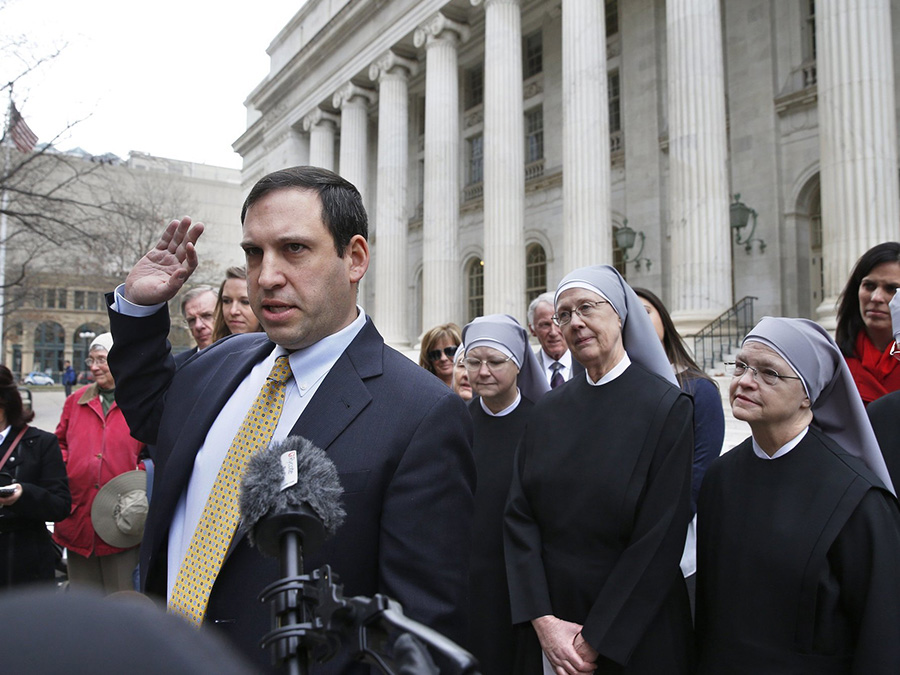 Cranford, NJ—American Atheists today applauded the decision by the 10th Circuit Court of Appeals requiring religious employers to either provide contraception coverage to employees or formally request to opt-out, allowing a third-party insurer to provide coverage. The court ruled against the Denver-based Little Sisters of the Poor claim that filing for the opt-out made the organization complicit in the contraceptives use and held that the existing accommodation for the so-called “contraceptive mandate” for religious organizations in the Affordable Care Act is not a substantial burden under the Religious Freedom Restoration Act (RFRA).

“In the post-Hobby Lobby judicial landscape, this decision is about the best we can hope for.,” said Amanda Knief, American Atheists National Legal & Public Policy Director. “The Little Sisters of the Poor are not required to provide contraceptives under the mandate. They simply have to fill out a form indicating that they’re opting out. Their claim that a two-page form was a ‘substantial burden’ on their beliefs is ridiculous.”

“No employee should be forced to adhere to their employers’ religious dogma,” added Nick Fish, National Program Director. “The Little Sisters were asking the Court to make it easier for them to deny health care options to their employees. The hoops women have to jump through to get access to contraceptives are ridiculous enough. I’m relieved that the court came down on the side of employees’ rights.”

In his opinion in the Hobby Lobby case, Justice Samuel Alito specifically said that the existing accommodation, the one challenged by the Little Sisters, “does not impinge on plaintiffs’ religious beliefs” and even suggested extending the accommodation to for-profit organizations.

“While American Atheists opposes any special treatment or exemptions from generally applicable law on the basis of religion, we applaud the court for finding middle ground that protects the right of employees to not have their healthcare choices dictated to them by their bosses,” said Fish.

Your ticket for the: Atheists Laud Ruling Against ‘Religious Burden’ For Contraceptive Coverage Opt-Out