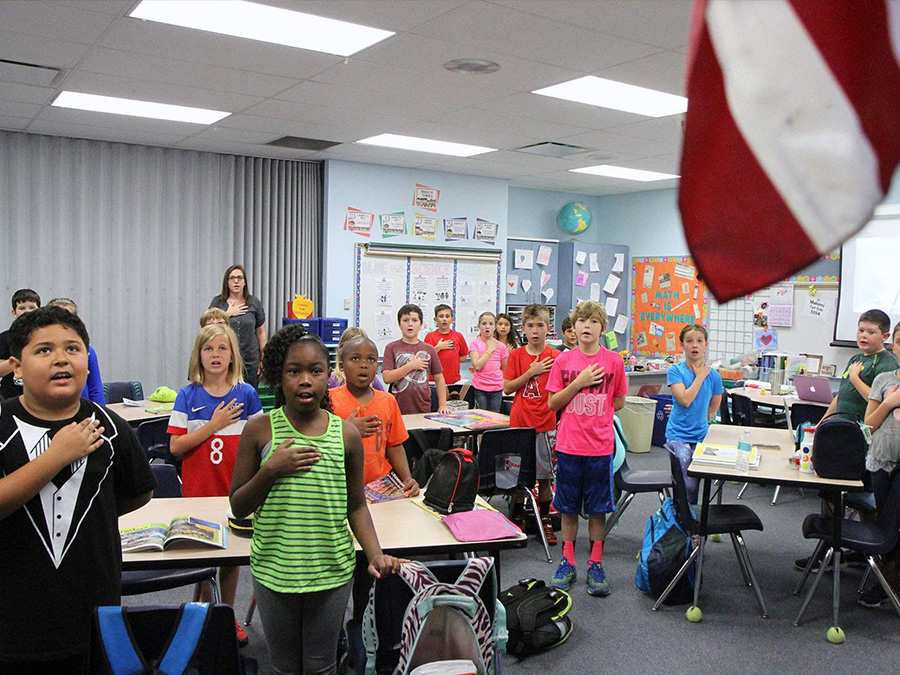 Cranford, NJ—American Atheists, in partnership with the Central Florida Freethought Community, has sent letters to each of Florida’s 67 county school districts advising them of their obligations to protect the rights of students who wish to opt out of participating in the Pledge of Allegiance.

In September 2015, the American Atheists Legal Center received a complaint from a parent in the Santa Rosa County School District whose child was forced to participate in the Pledge of Allegiance after being ridiculed and intimidated by a teacher. American Atheists demanded that the district advise and train teachers on the constitutional right of students to opt out of the Pledge. The district agreed and, in compliance with Florida law, posted notices in every classroom reminding students of their right to not participate in the pledge.

The Florida Legislature has since passed legislation allowing districts to inform students of their right to opt out by putting the notice in a school handbook rather than posting the notification. The law goes into effect on July 1, 2016.

As a result of this change, American Atheists and the Central Florida Freethought Community will request student handbooks from all 67 county school districts once the 2016-2017 school year starts to verify that districts are in compliance with the law.

“We are putting the school districts on notice that we are paying attention, and we want to ensure students are fully informed of their right not to participate. Students’ constitutional rights do not end when they step through the school door,” said Amanda Knief, National Legal Director of American Atheists. “The law is clear on this issue. Students have a constitutional right to refuse to participate in these sorts of ceremonies and Florida law requires districts to inform students of their right to opt out.”

You can read the advisory letter sent to the 67 school districts here.

Your ticket for the: Atheists Tell Florida Schools: Follow the Law on Pledge of Allegiance Issue