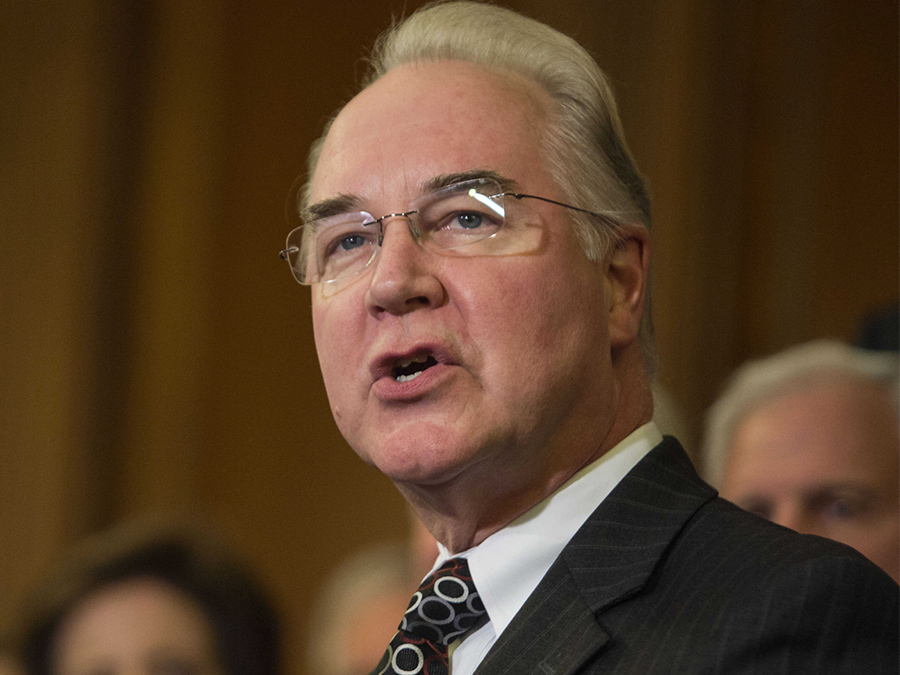 On November 29, 2016 President-elect Donald Trump announced U.S. Representative Tom Price, of Georgia, as his nominee for Secretary of Health and Human Services. In response to this nomination, Amanda Knief, national public policy director of American Atheists, released the following statement.

“American Atheists again must sound the alarm on behalf of Americans concerned about the separation of religion from government as the incoming Trump Administration takes shape. By nominating Rep. Price to serve as Secretary of Health and Human Services, the President-elect is signaling that his administration will embrace the divisive rhetoric and disastrous policies of the religious right.

“Rep. Price is a co-sponsor of the so-called ‘First Amendment Defense Act’ (FADA), a bill that would give individuals, public businesses, healthcare providers, and even government employees the ability to essentially break any laws that conflict with their religious views on marriage or sex outside of marriage. This law would elevate religious dogma above civil rights laws and gut existing protections for LGBT people and women.

“Rep. Price’s extreme record on women’s healthcare is dangerous and rooted entirely in religious beliefs rather than science. He has sponsored legislation granting personhood rights to fetuses, attempted to ban abortions after 20 weeks, has backed allowing employers to fire workers who use birth control or have abortions, and has said that the provision of the Affordable Care Act that guarantees coverage for birth control ‘is a tramping of religious freedom and religious liberty in this country.’

“The continued re-definition of ‘religious liberty’ pushed by people such as Rep. Price has eroded the rights of LGBT people and women, and indeed all Americans, and American Atheists will continue to fight against any attempt to use religion as a weapon in public policy.”

Your ticket for the: Trump’s Health and Human Services Nominee a Disaster for Religious Freedom, LGBT People, Women