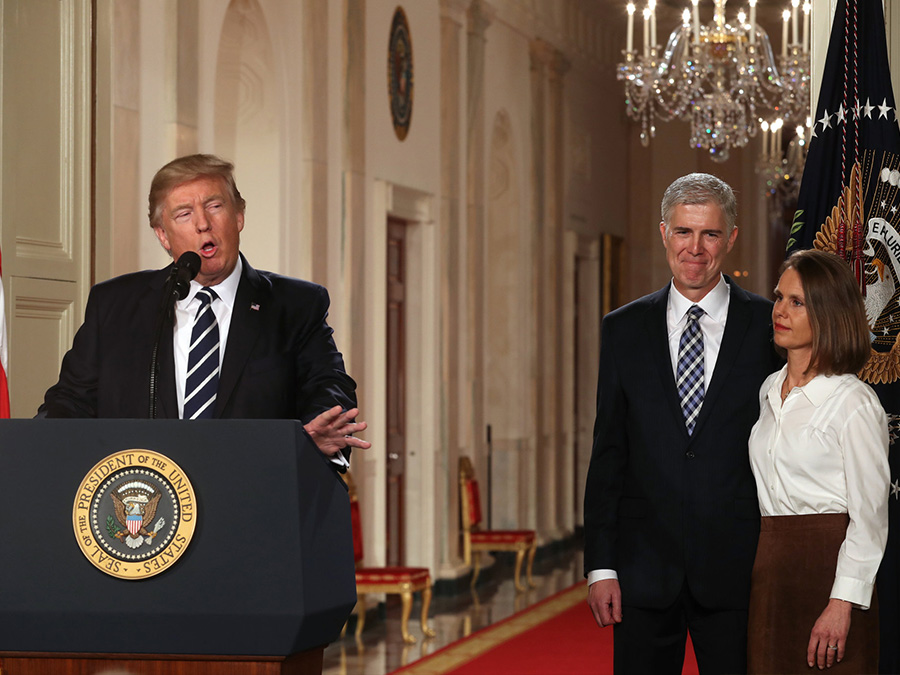 President Donald Trump has nominated Judge Neil Gorsuch to the United States Supreme Court. Judge Gorsuch currently serves on the 10th Circuit Court of Appeals. Gorsuch would fill the seat that has been empty for nearly a year after the death of Justice Antonin Scalia.

“American Atheists has grave concerns about the nomination of Judge Neil Gorsuch to serve a lifetime appointment on the United States Supreme Court. Judge Gorsuch’s expansionist view of religion as a ‘Get Out of the Law, Free’ card is fundamentally at odds with the history of American jurisprudence and would allow religion to be used as a weapon against women, LGBT people, atheists, and others.

“I strongly urge members of the United States Senate to fulfill their Constitutional obligation to look deeply at Judge Gorsuch’s record and determine whether or not his views about religious liberty are in line with our values.

“Having examined his record myself, it is clear to me that Americans deserve better than a judge who would prioritize the ‘religious beliefs’ of a corporation over the right of a woman to make healthcare decisions for herself and the bigotry of some over the fundamental human rights of vulnerable communities.”

Gorsuch sided with a group of Catholic nuns who objected to filling out a form to opt out of contraception coverage as a religious accommodation in the Little Sisters of the Poor case and with Hobby Lobby in its lawsuit challenging the Affordable Care Act. Judge Gorsuch also dissented in the denial of an en banc re-hearing of American Atheists’ successful lawsuit challenging the placement of crosses on public land in Utah.

Your ticket for the: Atheists Express ‘Grave Concerns’ About Trump’s Supreme Court Pick