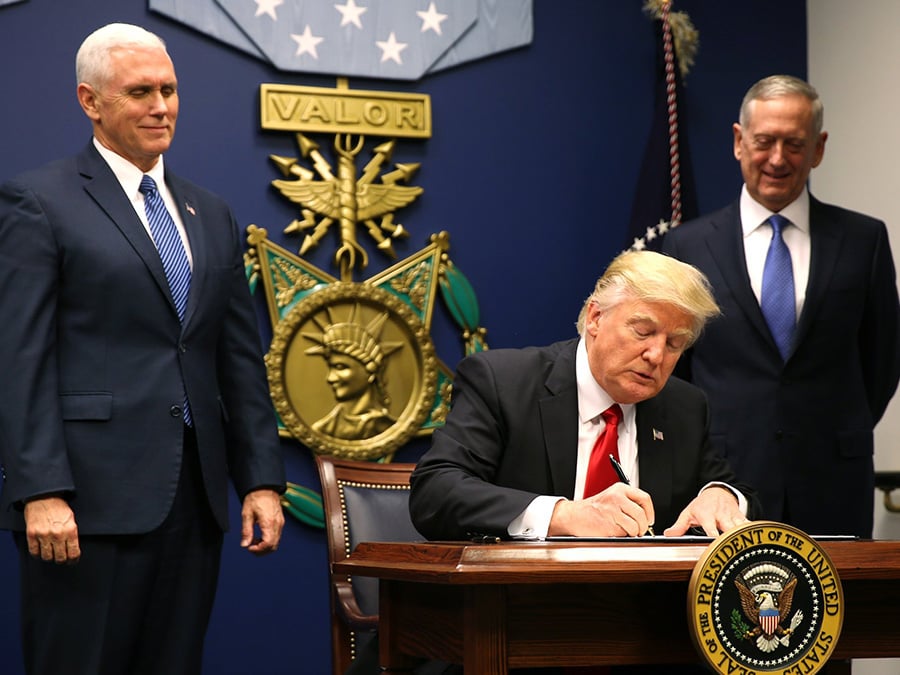 Section 5(b) of the order states that refugees who are fleeing religious persecution may be given priority so long as they are in a minority religion in that country. In an interview on Friday with the Christian Broadcasting Network’s The Brody File, the President promised that this order would give priority to Christian refugees specifically.

“Prioritizing Christians over other refugees is not only unconstitutional, it ignores the reality that many religious minorities, including those in different sects of Islam and atheists, are being targeted in sectarian conflicts,” said Amanda Knief, American Atheists’ national legal director. “Creating an explicit religious test for admission to the United States violates long-standing immigration laws and the First and Fourteenth Amendments.”

“Let’s be clear about this: The President’s order does not make Americans safer. It only serves to sow seeds of religious conflict between Christians and Muslims when we should be working together to combat religious fundamentalism,” said David Silverman, president of American Atheists. “President Trump needs to learn that defending religious freedom doesn’t mean pitting one religion against another or using the vast power of the federal government to impose religious tests on anyone.”

Former New York City mayor Rudy Giuliani told Fox News that Trump had asked him to assist in crafting a “Muslim ban.” The President’s order was blocked in part by a federal district judge on Saturday. Attorneys from American Atheists have volunteered at local international airports to assist those affected by the President’s executive order.

Your ticket for the: Atheists: Trump’s Muslim Ban Incites a ‘Religious War’ Mentality