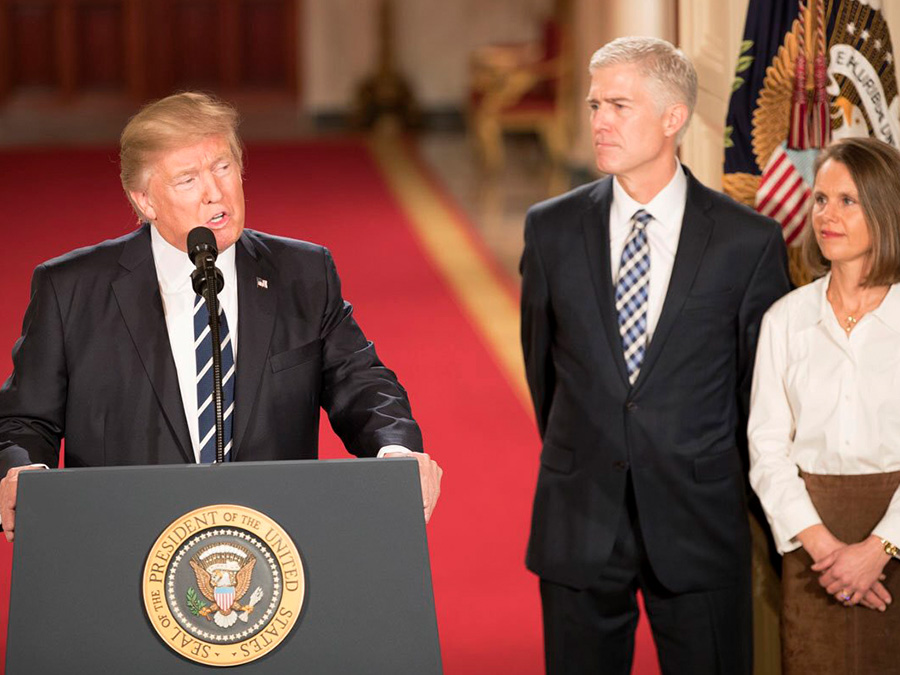 In a letter written by American Atheists and the National Council of Jewish Women, a coalition of 19 faith-based and atheist groups expressed serious concerns regarding the nomination of Judge Neil M. Gorsuch to the United States Supreme Court. The letter was sent to the Chairman and Ranking Member of the Senate Judiciary Committee, Senators Charles Grassley of Iowa and Dianne Feinstein of California.

American Atheists and the NCJW raised significant issues related to Judge Gorsuch’s positions on the Establishment Clause, particularly as it relates to the placement of Christian symbols on government land. Judge Gorsuch has repeatedly said that “reasonable observers” would not infer endorsement of religious viewpoints by the government if religious symbols appear on government land or if government officials, appearing in their official capacity, engage in religious activities.

Judge Gorsuch has sought to use religion to override women’s health decisions, including in Hobby Lobby v. Sebelius, Little Sisters of the Poor v. Burwell, and Planned Parenthood Association of Utah v. Herbert. He rejects the right of terminally ill patients to end their own life saying, in part, that “the intentional taking of human life by private persons is always wrong” and that passage of death with dignity laws would lead to the legalization of “sadomasochist killings, mass suicide pacts, duels, and the sale of one’s own life.”

Your ticket for the: American Atheists Leads Interfaith Groups in Expressing Concern Over Gorsuch Nomination