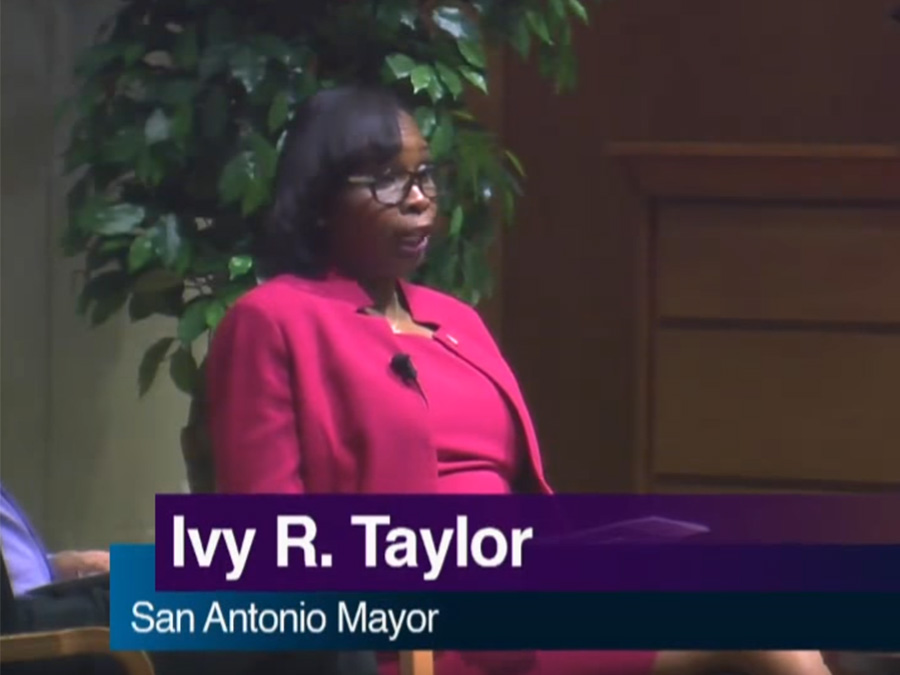 San Antonio—In remarks at a candidate forum this month, San Antonio, TX mayor Ivy Taylor linked systemic poverty to a lack of a “relationship with [a] creator,” adding that those without such a relationship did not have good relationships with their families and communities and were “not being productive members of society.”

You can watch the full question, and the rest of the exchange, below (starting at 1:07:40) 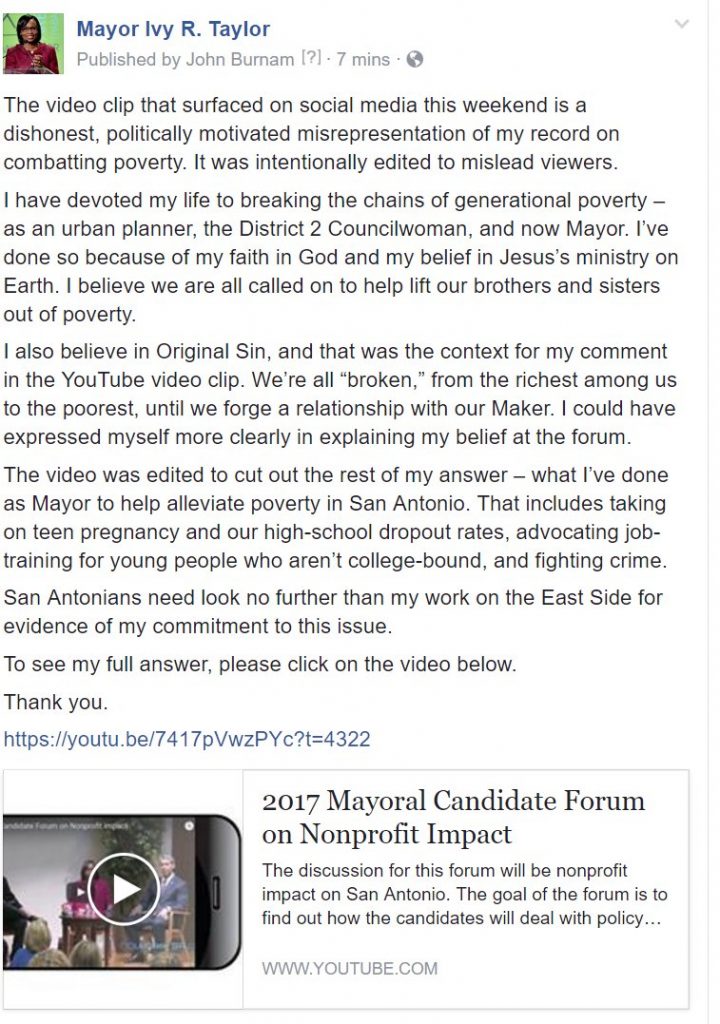 Taylor’s follow-up does nothing to resolve the core problem of her statement: that people are “broken” until they forge a relationship with a god. There is nothing that could have “clarified” that statement.

American Atheists’ National Program Director Nick Fish sent the following open letter to the Mayor, challenging her to meet with members of the atheist community to dispel negative preconceptions that she seems to have about atheists and our role within her community.

At an event earlier this month, you were asked your thoughts about the root causes of generational poverty. In your response, you said:

I can’t begin to tell you how disappointing—and frankly hurtful—comments like these are to the more than 40% of your city’s residents who are atheists and non-religious.

Let me be clear: Atheists are not “broken people.” Having a relationship with a creator or being religious have nothing to do with the relationships people have with their families, their communities, or their contributions to society.

Atheists are your doctors, your police officers, members of your staff, your friends and family. If you think you don’t know any atheists, you’re wrong. It may simply be that the atheists in your life are uncomfortable telling you that they don’t share your religious convictions because they worry about your reaction.

Thankfully, these comments present an opportunity. I challenge you to meet some of your atheist constituents. American Atheists has a vibrant affiliate group, the Freethinkers Association of Center Texas, located right there in San Antonio. I will be more than happy to make the introductions.

Learn about our community. Learn about us as people. And, most importantly, learn why your statements hurt us. Atheists in America face bigotry, distrust, and intolerance daily. Your state’s senator, Ted Cruz, said during the 2016 presidential campaign that atheists are unfit to serve as President.

I urge you, Mayor Taylor, to take this opportunity to connect with hundreds of thousands of your constituents. You represent all San Antonians, including atheists. So please, let us show you why we care about the direction of San Antonio, of Texas, and of our nation.

You can read the letter here.

Your ticket for the: Atheists Invite San Antonio Mayor to Meet Constituents After Anti-Atheist Remarks