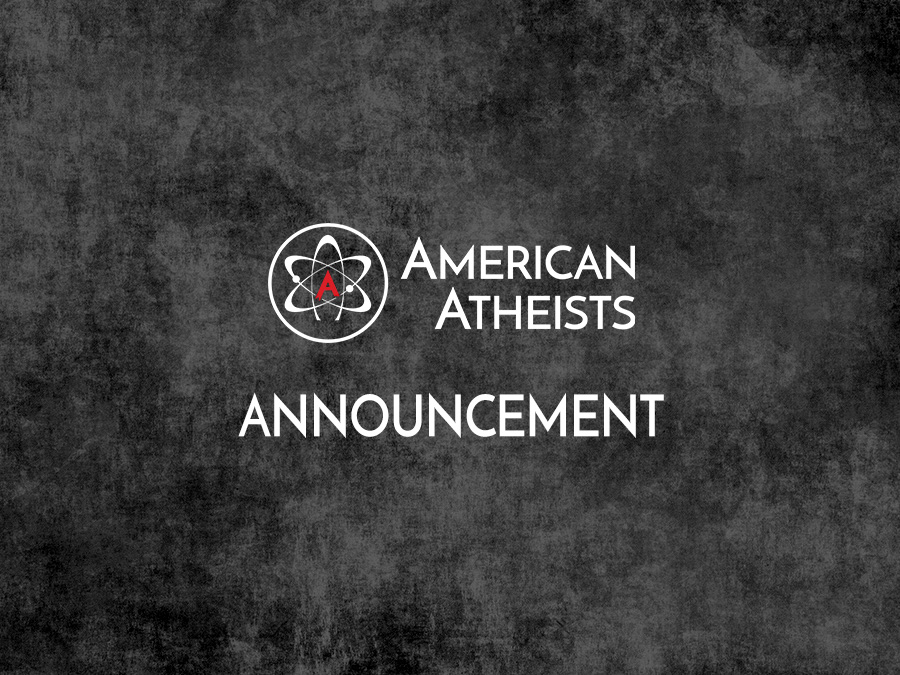 “For the last five years, Amanda Knief has been a fixture at American Atheists and a key member of our leadership team. Her advice, counsel, and passion for the mission of American Atheists has been instrumental in the continued growth and success of the organization.

“Amanda’s dedication to equality under the law for all Americans, regardless of their religion, combined with her skills and drive, has been an immeasurable asset to American Atheists, the atheist community, and the cause for religious freedom for all Americans.

“I can’t begin to thank Amanda for the countless hours she has dedicated to this cause. She has my gratitude and support and I wish her nothing but the best as she moves on to the next adventure.”