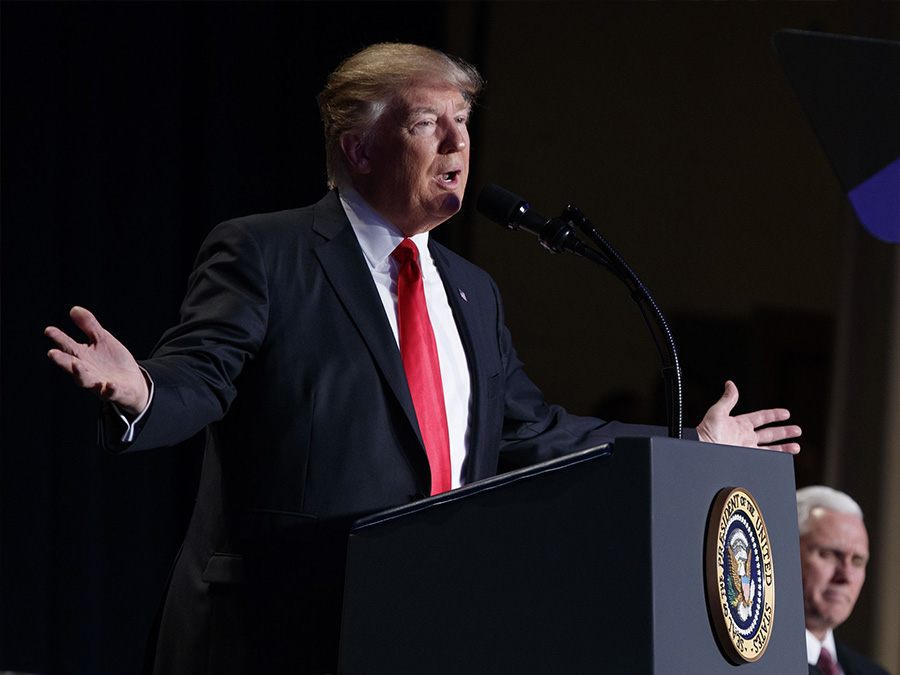 Cranford, NJ—After President Donald Trump signed an executive order today instructing the IRS to ignore future violations of the prohibition on electoral politicking by churches and religious groups, American Atheists pledged a lawsuit challenging the unconstitutional preference of houses of worship over secular nonprofits, including American Atheists, in the order.

Under current federal law, all 501(c)(3) nonprofit organizations—including churches—are prohibited from endorsing or opposing candidates for elected office and from spending money on electoral politics. At the National Prayer Breakfast in February, Trump promised to “totally destroy” this prohibition, which is frequently called the Johnson Amendment. The just-announced executive order directs the IRS to exercise “maximum enforcement discretion” of the Johnson Amendment which the president says is a “burden” on religious leaders.

“The purpose of this action is clear,” said Amanda Knief, American Atheists’ National Legal Director. “The president is caving to the demands of a small minority of religious extremists who, in fact, already engage in electoral politics. They want the benefits that come with nonprofit status, but don’t want to play by the same rules as everyone else.”

“Codifying this sort of special treatment of religious groups is fundamentally at odds with the U.S. Constitution and cannot be allowed to stand. We’ll take this all the way to the Supreme Court if necessary,” Knief added.

In talking points released Wednesday, the White House claims that religious leaders are “prohibited from speaking about politics and candidates from the pulpit.” That, however, is inaccurate. Churches and all 501(c)(3) nonprofit organizations are permitted to engage in issue-based advocacy and education.

“They already get tax exempt status, tax deductions for their donors, and opaque finances with no disclosure, and now they want the ability to influence our elections,” added David Silverman, President of American Atheists. “This would allow billions of dollars in anonymous money to be funneled through churches, turning religions into the new Super PACs.”

A recent poll showed nearly 75% of Americans oppose allowing religious groups to engage in politicking from the pulpit. Another, conducted by the National Association of Evangelicals in March, showed that almost 90% of evangelical pastors surveyed opposed endorsing candidates from the pulpit. More than 4,500 leaders of religious and secular groups signed a letter opposing the weakening of the Johnson Amendment.

Your ticket for the: Atheists Threaten Lawsuit After Trump Executive Order Gives Special Treatment to Churches