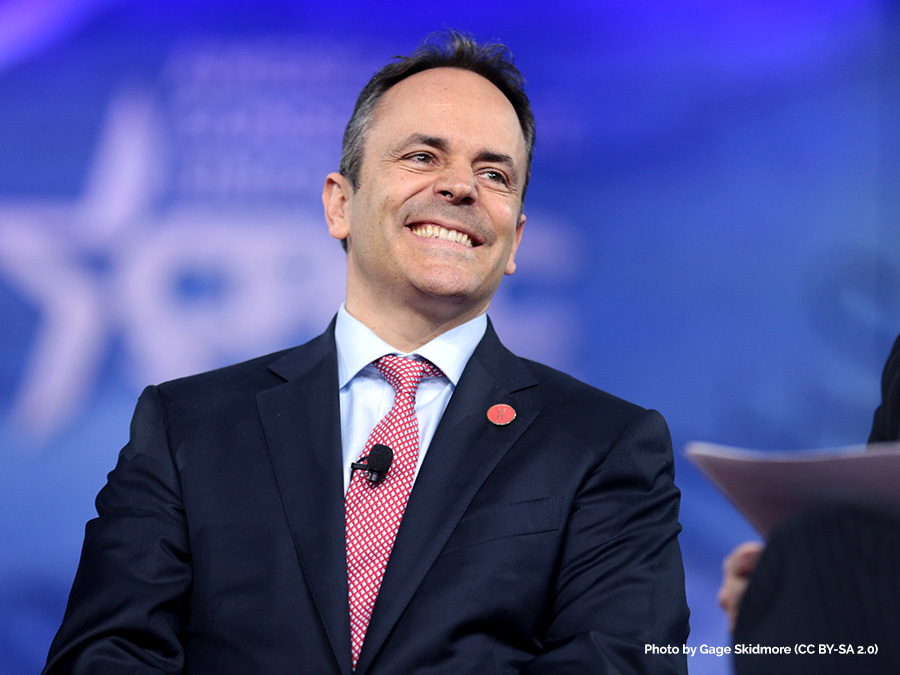 Frankfort, KY—American Atheists today sent a letter to the Kentucky Commissioner of Education reminding him of the state’s obligations under the U.S. Constitution to discuss religion only in an academic context despite the recently enacted “Religious Literacy Law” which allows the teaching of religion and the use of the Bible as an instructive tool in Kentucky public schools.

“Passing a law allowing the Bible to be used in schools doesn’t change the fact that public schools can’t advance any particular religion in classrooms,” said Geoffrey T. Blackwell, staff attorney for American Atheists. “Creating an elective course that caters only to Christian students would do just that.”

“We are closely monitoring Kentucky’s schools to ensure compliance with the state’s Constitutional obligations and to protect the rights of students,” Blackwell added.

Governor Matt Bevin, shown above, signed HB 128, which went into effect on Thursday, June 29. The law requires the state Board of Education to develop courses that teach “Biblical content, characters, poetry, and narratives” that the state claims are “prerequisites to understanding contemporary society and culture.” No other religious texts or religion is mentioned in the statute.

“This law is yet another attempt to promote Christianity by elevating it above all others in Kentucky’s schools,” said Jen Scott, American Atheists’ Kentucky State Director and a board member for Tri-State Freethinkers, a local atheist activist group.

The letter urges the state to create a comparative religion course that educates students about the diverse beliefs of their fellow Kentuckians and others around the world rather than an unconstitutional attempt to indoctrinate children into Christianity.

TRI-STATE FREETHINKERS is a social, academic, and activist group with over 2,100 members in Kentucky, Indiana, and Ohio. They are advocates for equal rights and the separation of church and state. They empower members to make positive change by giving back to the community.

Your ticket for the: Atheists Warn Kentucky Schools About Potentially Unconstitutional Bible Classes