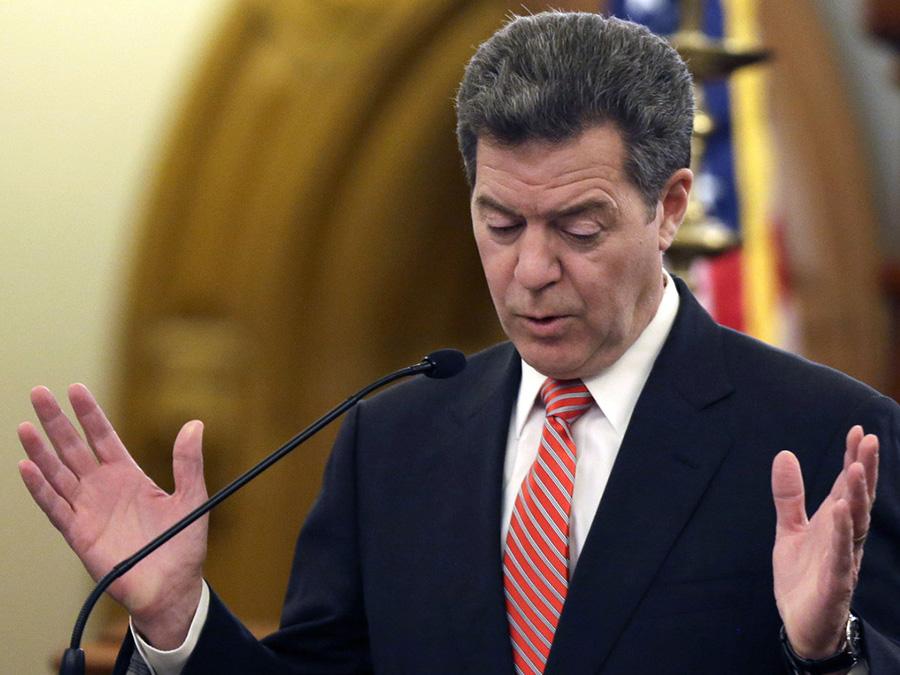 Washington, DC—Today, President Donald Trump announced his intention to nominate Kansas Governor Sam Brownback to the position of ambassador at large for international religious freedom. In this position, Brownback will lead the State Department’s Office of International Religious Freedom which monitors threats to religious freedom abroad and advocates on behalf of religious minorities.

In his time in elected office, Governor Brownback has been no champion of true religious freedom. Instead, he has used his position and authority to promote his own religious beliefs at the expense of LGBT people, women, and atheists. He has promoted the mistaken view that religion is a ‘get out of the law, free’ card and has signed executive orders and legislation that allow discrimination against Kansans in public accommodations, government employment, and schools.

While I hope that Governor Brownback will use this position to protect the rights of all religious minorities abroad, I fear that hope is misplaced. He has repeatedly used religious freedom as a weapon to inflict harm upon others. He seems to believe that a government that isn’t actively promoting his religion is somehow oppressive. He doesn’t understand that government neutrality on religious matters is the best protection for everyone, religious and atheist alike.

There are real threats to religious freedom abroad. Atheists are being murdered in Bangladesh and imprisoned in Saudi Arabia. Based on his record, I question whether Governor Brownback will be the advocate we need to protect the rights of these dissenters abroad.

In 2015, Brownback rescinded an executive order put in place by his predecessor that protected LGBT Kansans from being fired because of their sexual orientation. In 2016, he signed a law that prevented Kansas colleges and universities from requiring that religiously affiliated clubs not discriminate in their membership policies.

Brownback was the only other elected official to attend a 2011 prayer rally organized by then-Texas Governor Rick Perry. In 2012, Brownback issued a proclamation calling on Kansans to “collectively repent of distancing ourselves from God and ask for His mercy on us” in recognition of a similar prayer event being held in Kansas.

Your ticket for the: American Atheists Statement on Nomination of Sam Brownback as Ambassador at Large for International Religious Freedom