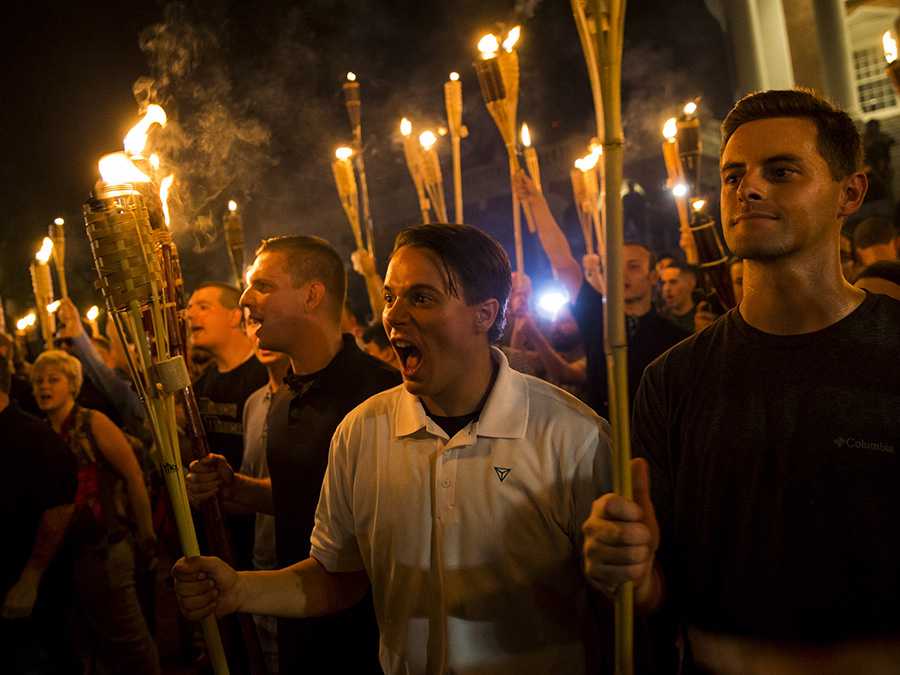 That these people feel emboldened to march and protest in 2017 in the United States sickens us. Their views are reprehensible, their actions are abhorrent, and they have no place in our civil society. We stand in solidarity with the targets of the hatred espoused by these white supremacists and neo-Nazis.

As many have said, bigotry in America in 2017 isn’t just people in white hoods and robes. It’s people who are our neighbors, coworkers, and even government officials engaged in subtle acts of racism, sexism, homophobia, transphobia, and religious hated. It is our obligation as humanists and as citizens of this nation—and indeed the world—to fight this bigotry at every turn.

Silence is not an option. Anyone who does not forcefully and unequivocally condemn the bigotry of these people is complicit in their actions.

Our thoughts and support are with those who have been injured in Charlottesville and the families of the people who lost their lives. We must remember that this violence didn’t start and won’t end in Charlottesville. We must be prepared to confront it across the nation wherever we find it.

Your ticket for the: Atheists Condemn White-Supremacist Demonstration in Charlottesville