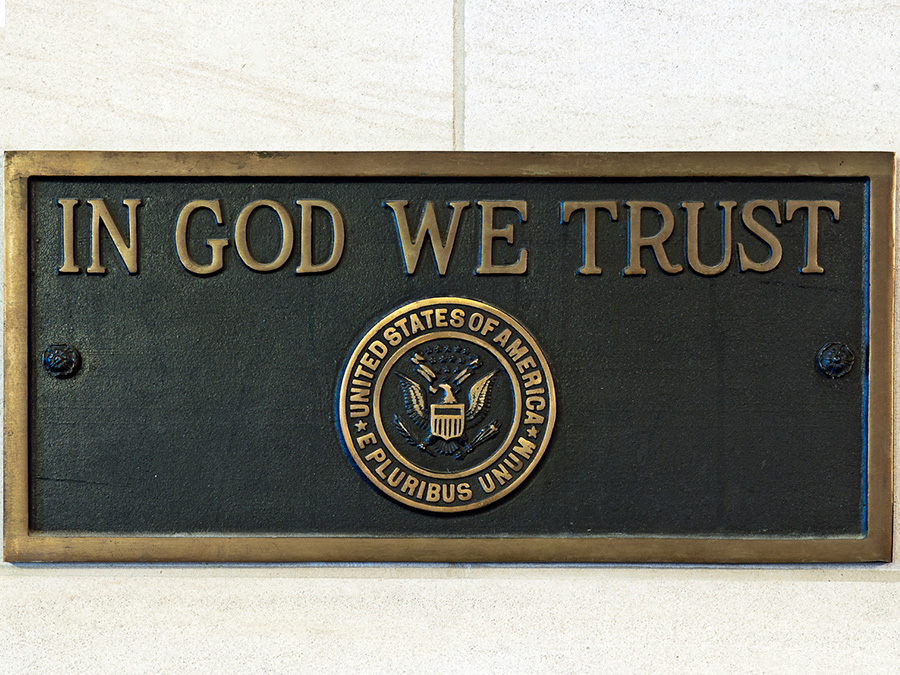 Cranford, NJ—Today, in response to a new law that requires Arkansas school districts to post signs that read,  “In God We Trust” in all classrooms, the American Atheists Legal Center sent a letter to all 262 Arkansas superintendents reminding them of their obligations under the United States Constitution and of the limits on state-sponsored religious expression in public schools.

Act 911, originally introduced as H.B. 1980 by State Representative Jim Dotson (R-Bentonville), requires superintendents and administrative officials of state agencies to place framed copies of the phrase “In God We Trust,” along with the flags of Arkansas and the United States, in all public school classrooms and libraries, as well as every public building or facility “maintained or operated by state funds.” The act requires that the displays be donated by private individuals or purchased with voluntary contributions, rather than government funds.

Despite Rep. Dotson’s claims that this law was enacted to display our nation’s “history and heritage” in classrooms, he said in an interview with HLN that the purpose of the displays is an “acknowledgement of god in public life.”

Churches have already jumped at the opportunity to fund the displays. “I think it’s vital that we have that spiritual influence in our schools,” said Chris Reed, youth pastor of Pleasant Hill Baptist Church in Bauxite.  He has pledged to donate signs to every school in the City of Benton. “This is who we are, this is who we have been, and hopefully, I pray, that’s who we continue to be moving forward. In the name of Jesus that our lives will be directed as we obediently follow Christ,” Reed added.

“The statements from Rep. Dotson and the religious groups that have pledged to donate the displays betray the true purpose of this legislation,” said David Silverman, president of American Atheists. “This isn’t about heritage or history. This is about sneaking tributes to their god into our public schools. We will not allow atheists or members of minority religious groups to be made to feel like second-class citizens in Arkansas.”

“The courts have long guarded against attempts to inject religion into public schools, even under the guise of so-called ‘ceremonial deism,’” said Geoffrey T. Blackwell, staff attorney for American Atheists. “When the people advocating for this law tell us it’s about acknowledging religion and pushing religion on public school students, we should take them at their word. It’s a sham, and we’re not going to sit idly by while the rights of students, parents, and teachers are being attacked.”

“Requiring that ‘In God We Trust’ appears in every public school classroom and library in Arkansas sends the unmistakable message that those of us who don’t trust in gods are outside the mainstream and not full members of the community,” Blackwell added. “The Establishment Clause requires that our schools avoid doing exactly that.”

In the letter, American Atheists warns the state’s school superintendents that the requirement to post the displays is unconstitutional and asks that they reject any and all gifts, donations, or contributions for the displays.  American Atheists has received complaints from many Arkansans across the state and is prepared to file suit to protect their rights and the rights of all Arkansans.

The letter was sent both electronically and via U.S. mail to all 262 superintendents. Read the full letter here.

Your ticket for the: American Atheists Warns Arkansas Schools: Reject ‘In God We Trust’ Displays