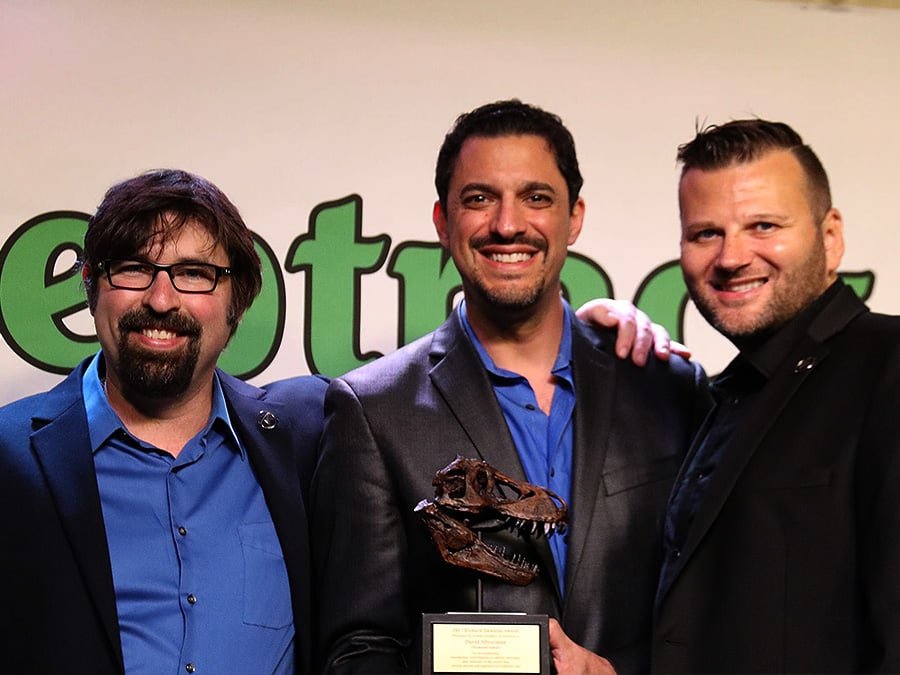 Atlanta, GA—In recognition of his advocacy on behalf of the atheist community, Atheist Alliance of America presented American Atheists president David Silverman with the 2017 Richard Dawkins Award on Saturday, September 2 at its annual convention at DragonCon. It’s estimated that DragonCon attracted more than 83,000 attendees this year.

In recognizing Silverman, Atheist Alliance of America cited his “tireless advocacy for political and social justice causes for more than 20 years” and his work bringing together the atheist community for the 2012 Reason Rally in Washington, DC.

“It means so much for AAoA to present me with the Dawkins Award,” said Silverman. “Our community is strongest when we stand together and this is another example of the progress we have made to set aside the differences of the past and work toward the common goals of a society that is more accepting of atheists and less tolerant of religious privilege.”

“Atheist activism has come a long way in the years since David started his work,” said Mark W. Gura, vice president of Atheist Alliance of American. “So much of that progress can be directly attributed to his outspokenness and his work at American Atheists.

After receiving the Richard Dawkins Award, Silverman discussed his book Fighting God, which makes the argument that firebrand, outspoken atheism is the most effective—and most humanistic and compassionate—approach to atheist activism.

Your ticket for the: ‘Firebrand Atheist’ Silverman Recognized for Advocacy, Community Building