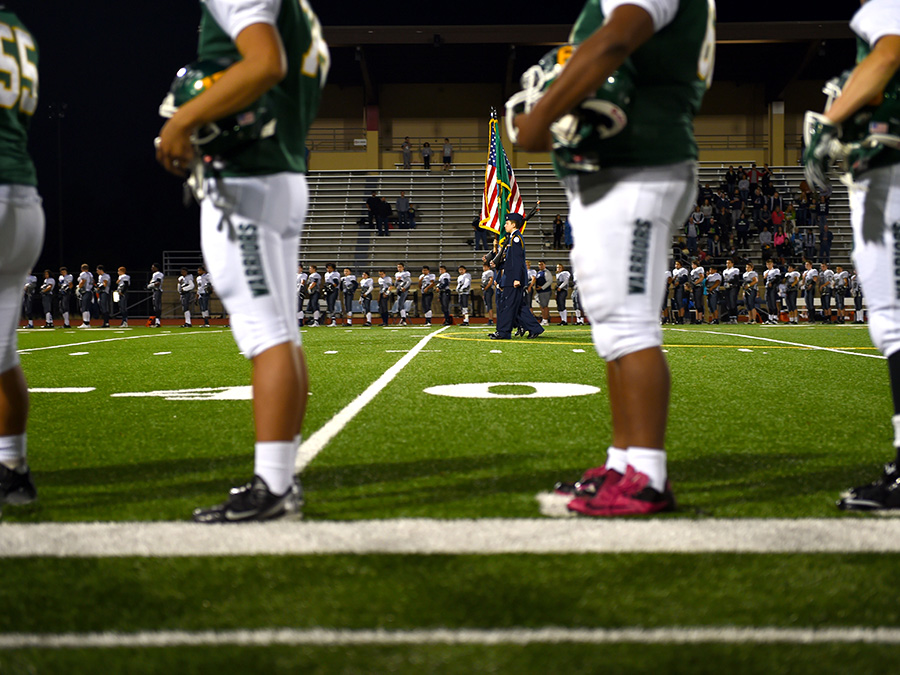 Cranford, NJ—American Atheists today joined with attorneys and leaders from five other national atheist and secular groups to demand that Bossier Parish Schools immediately rescind a policy permitting schools to punish students who kneel during the playing of the national anthem before sporting events, and also that the district end the unconstitutional practice of allowing prayers to be broadcast over schools’ public address systems before football games.

The letter follows one sent last week by American Atheists to the school district after its superintendent, Scott Smith, released a statement that it would be the policy of the district to punish any student athletes who “elect not to stand during the National Anthem.” American Atheists’ first letter informed the superintendent that the policy was unconstitutional and asked that he retract it.

According to individual and press accounts of the September 29 football game between Parkway and Airline High Schools, a Christian prayer thanking Jesus was delivered over the school’s public address system.

“If these reports about last week’s football game are correct, the Bossier Parish School District is trampling on the free-speech rights of students, and Airline High School is committing an additional violation of long-established law by broadcasting prayers before their football games,” said Geoffrey T. Blackwell, staff attorney for American Atheists. “School leaders have a moral obligation and a legal responsibility to protect the rights of students and parents. In Bossier Parish, they are failing miserably.”

According to the Washington Post, the district’s policy of disciplining students who do not stand for the anthem was prompted by guidance from the Louisiana High School Athletic Association (LHSAA), as well as the Louisiana School Boards Association (LSBA), which told districts “that it would be left up to individual school districts to determine how they would respond to potential protests by student-athletes.”

The letter demands that LHSAA and LSBA rescind any guidance that allows districts to curtail the right of students to engage in peaceful, non-disruptive protests and inform districts that school-organized prayer at sporting events is not permitted under the Constitution.

The letter was signed by representatives from American Atheists, Center for Inquiry, Freedom From Religion Foundation, American Humanist Association, Secular Coalition for America, and the Secular Student Alliance, and was sent to the superintendent of Bossier Parish Schools, the principals of Parkway High School and Airline High School, the executive director of the Louisiana High School Athletic Association, and the president of the Louisiana School Boards Association.