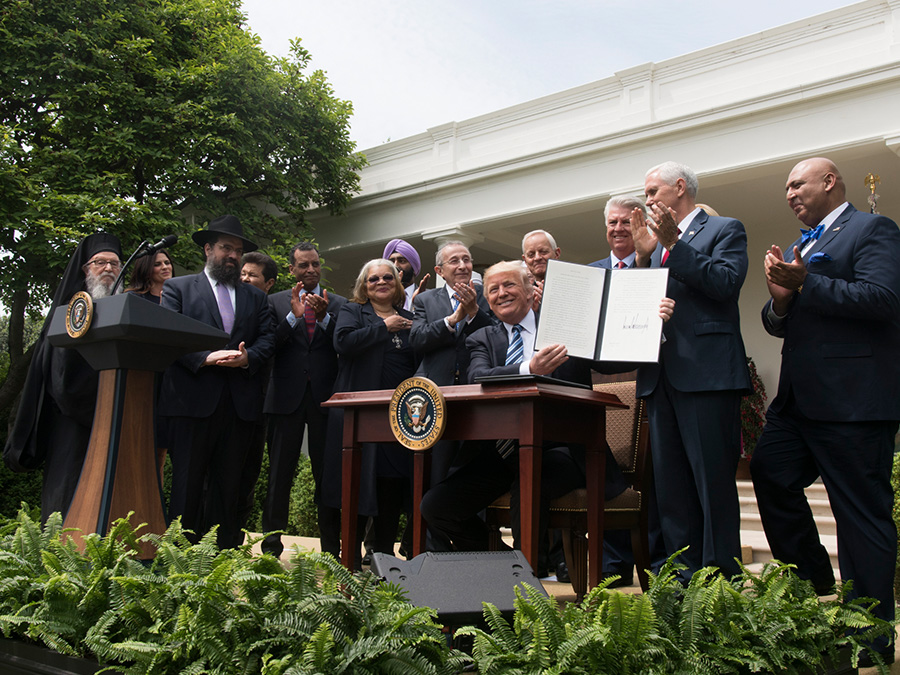 Jeff Sessions has shown, time and again, that he has no respect for real religious freedom and instead views religion as an excuse to ignore the law. Whether it’s individuals serving in the government, owners of public accommodations, and even giant, publicly traded corporations, this administration is giving them all a license to discriminate.

Today’s guidelines are just another way the Trump administration is paying off the President’s debt to his backers on the far extremes of the religious right. They’ve already lost the fight on marriage equality and are losing on anti-discrimination laws, so now they’re changing their approach and just demanding exemptions and special treatment.

These bigots are no different than the racists of 50 years ago. They’re making the same arguments and the same demands. They want to ignore the laws that protect minority rights because they don’t care about equality—they only care about their own supremacy.

Your ticket for the: Atheists Condemn Trump Administration’s ‘License to Discriminate’