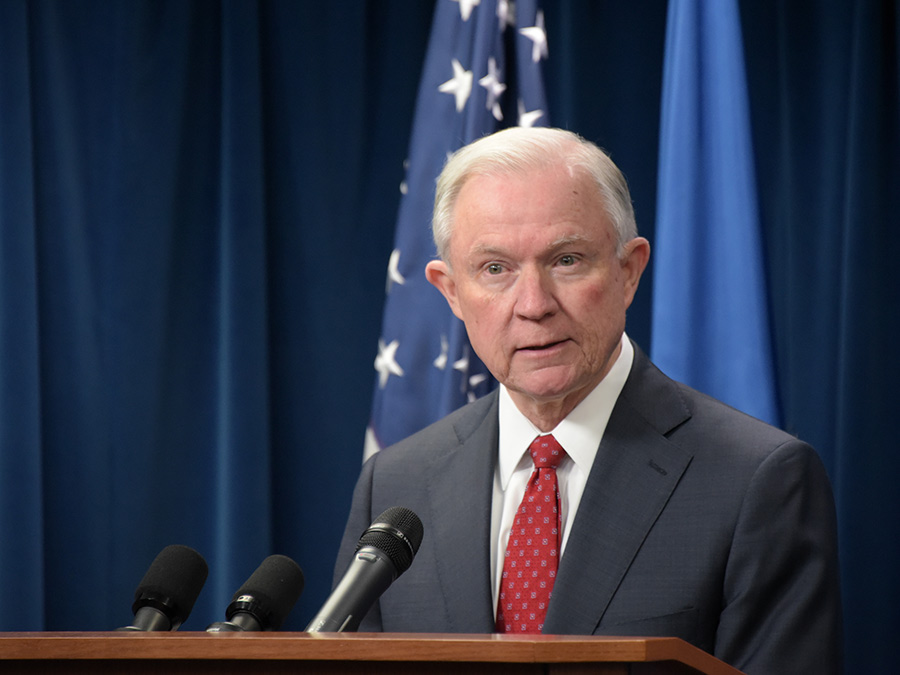 Washington, DC—American Atheists expressed outrage today at the drastic changes implemented by the Trump administration that will further elevate religious beliefs above the law.

Without any substantive public announcement, the administration made changes to the policy manuals for U.S. Attorneys’ offices and Department of Justice (DOJ) litigation offices. These offices are now required to assign a staff member to monitor all litigation and immediately inform high-ranking political appointees at DOJ whenever the offices are subject to a lawsuit involving religious liberty, when religious liberty is used as a defense in litigation, or when the offices file a suit involving religious issues.

These changes also require U.S. Attorneys and litigation offices to seek the approval of the Associate Attorney General—who is a political appointee—before proceeding with any civil suit that may involve religious liberty issues. By doing so, the Trump administration is favoring religious beliefs above all other matters, and is eroding the independence of these offices by allowing a political appointee to overrule the judgment of career DOJ attorneys.

“This is a breathtaking expansion of religious privilege in the DOJ,” said American Atheists’ legal and policy director Alison Gill. “These policy changes significantly undermine the rule of law and favor religious beliefs at the expense of nondiscrimination and equal protection.”

“Requiring the approval of religious political appointees before enforcing the law is something I would expect to see in a theocracy like Iran or Saudi Arabia, but I’m rapidly losing any sense of shock and surprise at the lengths this administration will go to impose the beliefs of religious extremists on all Americans,” added David Silverman, president of American Atheists.

This latest attack on religious neutrality comes two weeks after the Trump administration created the Conscience and Religious Freedom Division within the Office for Civil Rights at the Department of Health and Human Services. This new division is charged with shielding medical professionals who, because of their own religious objections, refuse to treat patients.

Your ticket for the: Attorney General Sessions Installs “Religious Freedom” Czars in Every US Attorney’s Office