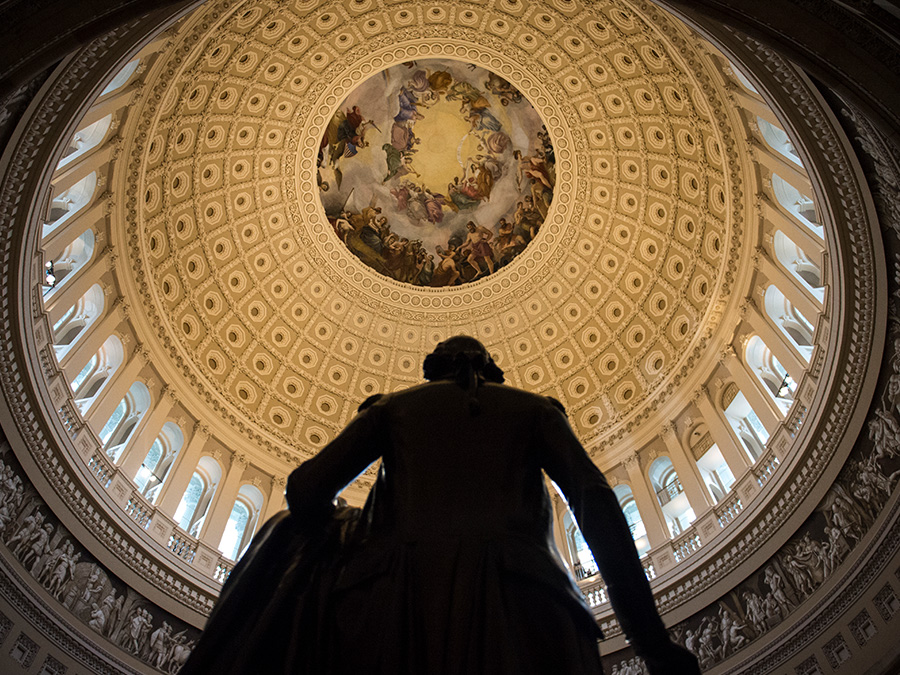 Washington, DC—On Thursday, February 22, Speaker of the House Paul Ryan and Senate Majority Leader Mitch McConnell announced that the remains of evangelical pastor Rev. Billy Graham would lie in honor in the United States Capitol Rotunda on February 28 and March 1. Graham would be just the fourth private citizen to be so honored, after Rosa Parks and two U.S. Capitol Police Officers who were killed in the line of duty.

Today, American Atheists and a coalition of religious freedom watchdogs and civil rights groups—including the Center for Inquiry, American Humanist Association, National LGBTQ Task Force Action Fund, and Pride at Work—sent a joint letter to Speaker Ryan and Leader McConnell urging them to reconsider this divisive and misguided plan.

“As advocates for civil rights and religious liberty, we are concerned that lying Reverend Graham in honor would needlessly alienate non-religious people, religious minorities, and those communities whose civil rights he opposed and would set a dangerous precedent for government entanglement with religious matters,” the letter says.

“Honoring a religious figure with a government-sanctioned memorial is a completely inappropriate use of our tax dollars and is the very sort of entanglement of religion and government that our founders warned against,” said David Silverman, president of American Atheists. “For the leaders of our government to elevate a purely religious figure in this way is religious privilege at its worst.”

Graham was a fixture in American religious life for more than 60 years and an influential voice in American politics, counseling every president from Harry Truman to Barack Obama. While Graham claimed to avoid partisanship, he did not avoid controversy.

In conversations with President Richard Nixon, Graham said that Jews had a “stranglehold” on American media and that it had to be broken or “this country’s going down the drain.” Graham also said that he thought AIDS was a “judgment of God.” He was highly critical of feminism; stated that “real womanhood” was fulfilling the role of wife, mother, and homemaker; and was the originator of the so-called “Graham rule” of not being alone with any woman other than his wife, a discriminatory rule most notably followed by Vice President Mike Pence.

“Our government honoring a man with such troubling views about religious minorities, women, and LGBTQ people sends a deeply disturbing and discriminatory message,” added Silverman. “If people want to pay their respects to a religious leader, they should do so at his church and not in the halls of our government.”

You can read the letter in full here.

Your ticket for the: Civil Rights Groups Urge Against Government Honors for Rev. Billy Graham