Before Prayer Breakfast, 145 Groups Remind Lawmakers of the Importance of Nonprofit Nonpartisanship 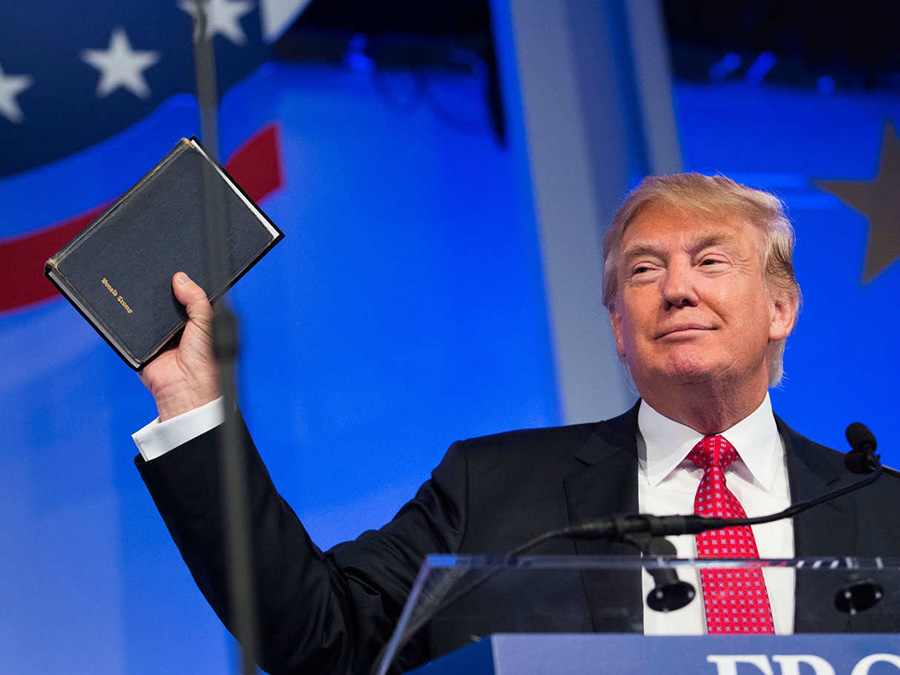 Washington, DC—Today, in advance of Thursday’s National Prayer Breakfast, 145 organizations including American Atheists called on leaders in the House and Senate Appropriations committees to preserve the integrity of our nation’s charitable nonprofits, houses of worship, and foundations by rejecting any attempt to undermine the Johnson Amendment.

The Johnson Amendment is the law that protects 501(c)(3) organizations from candidates seeking partisan endorsements. Though the law is widely popular among faith leaders and voters, President Trump used last year’s Prayer Breakfast to denounce it, calling for it to be “totally destroy[ed].” A version of the 2018 funding package that passed through committee in the House contains a provision that would restrict enforcement of the law with respect to churches.

“In this conversation, it’s important to remember that churches and other houses of worship are exempt from financial disclosure requirements that all other nonprofits must comply with,” said Nick Fish, national program director at American Atheists. “With zero transparency and zero accountability, allowing houses of worship to wade into politics would create Super PACs on every corner and flood our nation’s political system with billions of dollars in dark money.”

Since the last National Prayer Breakfast, more than 5,600 nonprofits, more than 100 religious and denominational organizations, and more than 4,300 individual religious leaders have told Congress in no uncertain terms to oppose any changes to the law.

“America’s charitable nonprofits and foundations exist to advance their missions, solve problems, and improve our communities,” said David L. Thompson, vice president of public policy for the National Council of Nonprofits. “We do not exist to serve politicians and partisan donors, and the vast majority of us want to keep it that way. For more than six decades, the Johnson Amendment has helped create a positive culture in which the public views the charitable community as the most respected and most effective of all American institutions. It makes no sense to incite partisan politics in organizations that are serving their communities well by bringing people together, without regard to party affiliation, to solve local challenges.”

In recent years appropriations packages have become a top target for poison-pill riders, inappropriate partisan provisions that have nothing to do with funding the government and could never pass Congress on their own. The Johnson Amendment provision is one of hundreds of potential ideological riders affecting democracy, health, and the environment that could end up as part of the 2018 funding package.

Your ticket for the: Before Prayer Breakfast, 145 Groups Remind Lawmakers of the Importance of Nonprofit Nonpartisanship

Before Prayer Breakfast, 145 Groups Remind Lawmakers of the Importance of Nonprofit Nonpartisanship