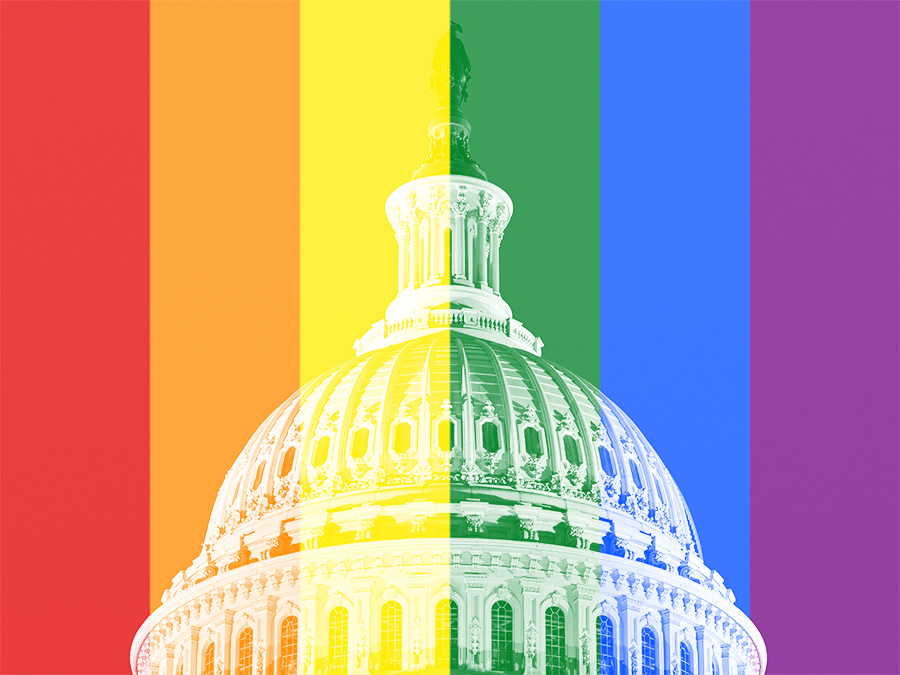 Washington, DC—This week, Rep. Raul Labrador (R-ID) will re-introduce the so-called First Amendment Defense Act (FADA) in the U.S. House of Representatives, a bill that would legalize and permit discrimination—including discrimination at the hands of federal employees—against LGBTQ people and unmarried parents on the basis of religious beliefs. A companion bill has already been introduced in the Senate by Sen. Mike Lee (R-UT) with 21 co-sponsors.

FADA would prevent the federal government from taking any action against a person who acts on a religious belief that marriage must be between one man and one woman or that sexual relations must be confined to marriage. This would, effectively, gut federal protections for LGBTQ people, single parents, and others.

“The First Amendment is already well-defended,” said Alison Gill, legal and policy director for American Atheists. “Instead, this bill elevates one particular religious view held by a small minority of Americans above all others under the smokescreen of religious freedom.”

This bill may allow, for example, employees of the Social Security Administration to refuse to serve same-sex spouses of beneficiaries, Veterans Affairs personnel to reject medical claims by LGBTQ veterans, or staff at the Department of Housing and Urban Development to deny assistance to single women with children. All of this could be done without facing discipline for refusing service to a class of Americans.

“Religious freedom protects us from discrimination by the government; it doesn’t give government employees or businesses a license to discriminate,” added Gill.

While LGBTQ individuals are not explicitly protected by federal employment anti-discrimination laws like Title VII of the Civil RIghts Act of 1964, federal courts and the EEOC have ruled that these laws prohibit discrimination against LGBTQ employees. FADA, if passed, would undermine even these basic protections.

Your ticket for the: Atheists Decry Federal “Right to Discriminate” Bill