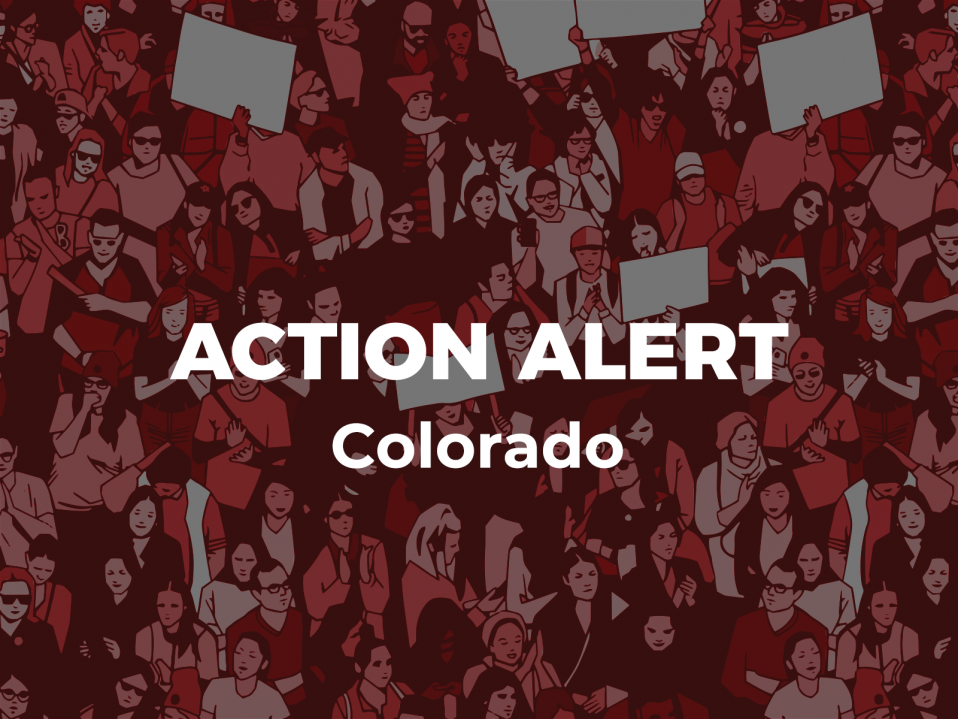 The Colorado State Legislature is considering new religious exceptions that would allow state funds to go to adoption and foster care placement agencies that discriminate against would-be parents based the religious beliefs of the agency.

Even more distressing, this bill would allow foster parents to impose their own religious beliefs on foster children through indoctrination or even dangerous conversion therapy.

This bill has already passed committee in the Senate. We need your help to stop this bill now!

This bill (SB 241) would allow adoption and foster care placement agencies to discriminate against atheists and nonbelievers, religious minorities, single parents, LGBTQ people, or any other group of people they disfavor. This kind of discrimination reduces the number of potential adoptive parents, making children in these systems less likely to find a loving, permanent home.

Sponsors of this bill claim that religious child placement agencies in other states have been forced to close due to same-sex marriage, but that is simply untrue. Instead, these agencies have a choice: they can either take government funds or they can choose to discriminate. It is unfair to Colorado taxpayers, would-be parents, and especially the children involved to allow agencies to discriminate with state funding.

Even compared to similar bills in other states, this one is particularly appalling. It would prohibit the state from taking any action against a foster or adoptive parent when that person “guides, instructs, or raises” a child based upon their own religious beliefs, even when those beliefs conflict with the child’s religious (or non-religious) background. This provision excuses all kinds of outrageous behavior, including physical punishment, religious coercion, or even conversion therapy.

This sort of taxpayer-funded mistreatment of children cannot be allowed!

Together we can stop this hateful bill! Please act now, and tell Colorado lawmakers that you oppose SB 241.

Your ticket for the: Tell Colorado Lawmakers Not to Allow Religious Discrimination in Foster Care and Adoption