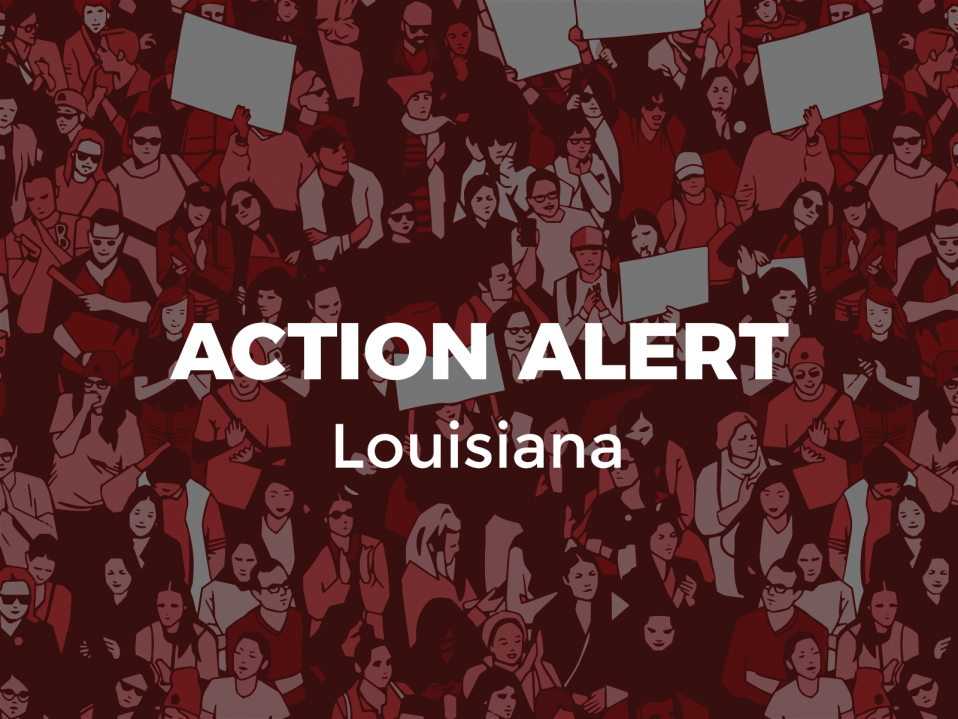 Baton Rouge, LA—Lawmakers in Louisiana are rushing to pass several unconstitutional bills which would allow teachers and students to pray together in public schools.

Students can already engage in voluntary, nondisruptive prayer in school.

However, these bills would allow teachers to improperly join them, violating the constitutional rights of students to be free from religious coercion. Each of these bills already passed the Louisiana Senate unanimously, so it is essential that we speak out against them now!

Instead of spending their time addressing the real challenges facing the people of Louisiana, lawmakers are pandering to their Christian base by pushing bills they know will be struck down as unconstitutional.

In the process, however, they will waste millions of dollars in taxpayer money to defend the indefensible. The Supreme Court and lower courts have repeatedly made clear that allowing public school teachers to engage in prayer with students is a violation of the First Amendment.

We need to put the brakes on these bills immediately!

Please help us stand up to religious coercion against students and tell your Louisiana representatives that you oppose SB 253 and SB 512!

Your ticket for the: Tell Louisiana Lawmakers Not to Allow Public School Teachers to Pray with Students