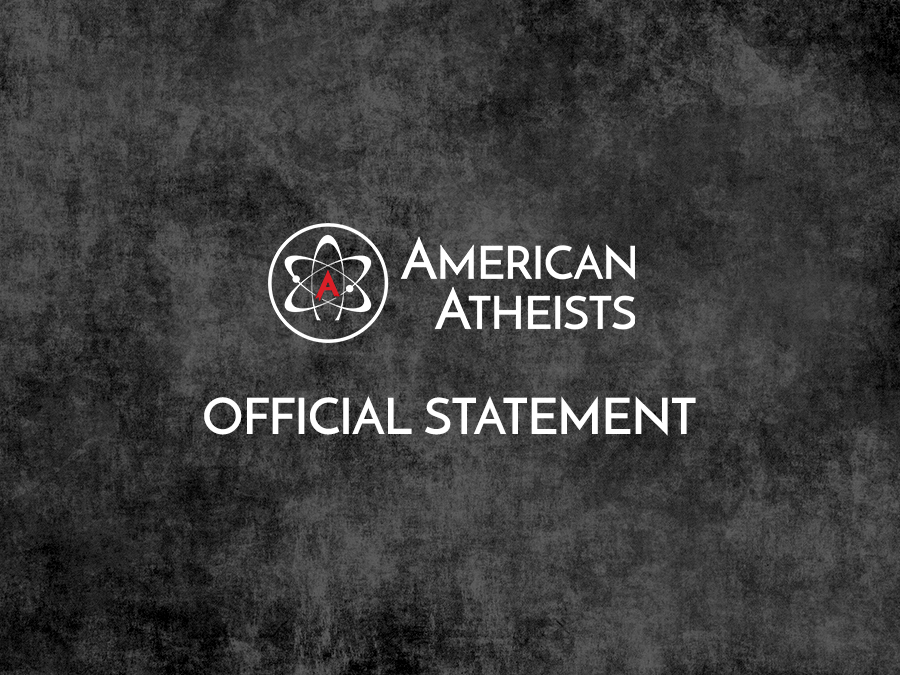 As interim executive director, Buckner will oversee the operations of American Atheists and provide guidance and support to the full-time staff while the Board of Directors searches for new permanent leadership for the organization.

“For over fifty years, American Atheists has been the organization willing and able to lead the unapologetic charge to support atheism, atheists, and the absolute complete separation of government and religion,” said Buckner. “I’m proud to have led this group before, to have been a longtime life member, and to now have another chance to contribute.”

“I have known and worked with Ed for more than a decade,” said Neal Cary, chair of the American Atheists Board of Directors. “His many years of support for the work of this organization and this community, as well as his steady hand of leadership, will ensure that American Atheists continues to be an outspoken voice in this nation for atheists and atheism as we move forward and continue our work protecting the separation of religion from government.”

In addition to his service as president of American Atheists, Buckner was a member of the Board of Directors from 2010 to 2015. He previously served as the executive director for the Council for Secular Humanism from 2001 to 2003 and as president of the Atlanta Freethought Society.

Dr. Buckner holds a bachelor’s degree in English from Rice University and a master’s degree and Ph.D. in education from Georgia State University.