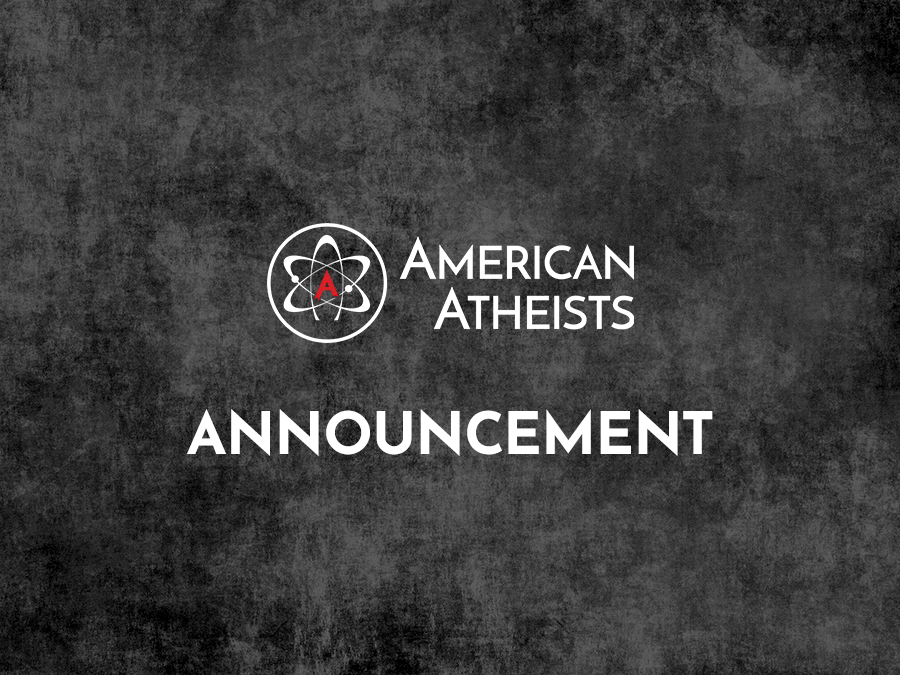 The search committee will work closely with the American Atheists Board of Directors and with interim Executive Director and former President Ed Buckner to conduct the nationwide search to attract and identify a pool of exceptional candidates who have the skills to build on the 55-year legacy of American Atheists, who can provide visionary leadership during this challenging time in our nation’s political and social environment, and who are committed to the shared values of our members, volunteers, staff, and community.

“We are moving quickly to identify an extraordinary and dynamic leader who will continue this organization’s tradition of defending the absolute separation of religion from government while elevating the voices of atheists in communities across the nation,” said Cary.

During the search process, interim Executive Director Ed Buckner will continue to provide leadership and support to the staff of American Atheists.

“I was pleased to be asked to step into this interim role for another opportunity to contribute to an organization I value so deeply,” said Buckner. “But I look forward to passing the baton to the next generation of leadership for American Atheists.”

The application period will be open until July 7, 2018. Applicants are requested to send a resume and cover letter via email to: [email protected] with the subject line “President Search”

Your ticket for the: American Atheists Announces Search for Next President