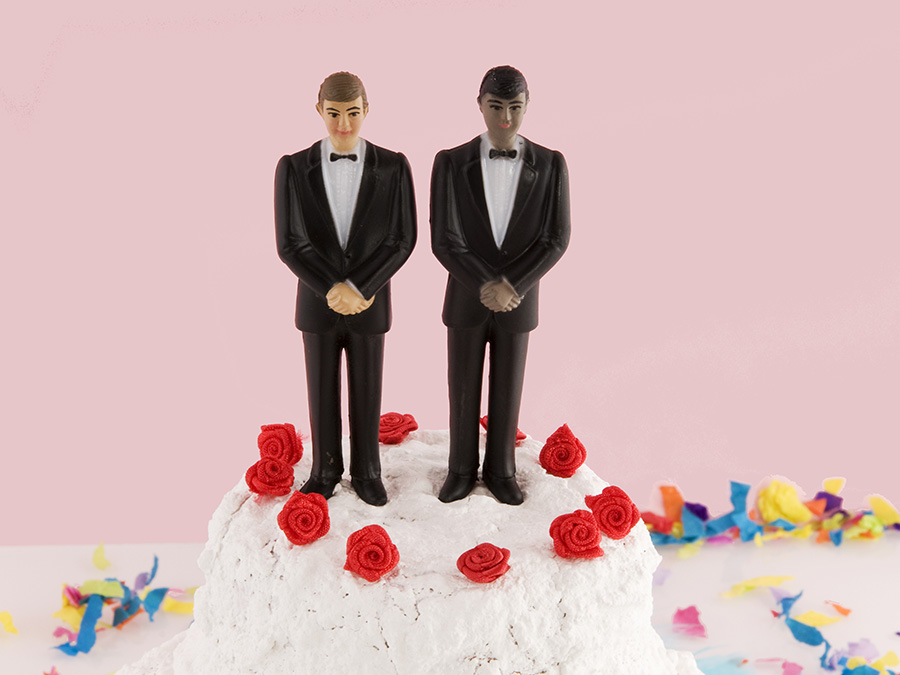 Since its issuance on June 4, there has been much focus on the scope and meaning of the Supreme Court’s Masterpiece Cakeshop v. Colorado Civil Rights Commission. While we won’t exhaustively discuss the details of the case or the court’s decision (you can get that here), we’d like to examine a few parts of the decision of particular relevance to atheists and nonbelievers.

This case, despite it having an LGBTQ framing in the media and involving LGBTQ people as parties, is not simply an LGBTQ issue, but an atheist issue at its core. It is about our freedom to tell the truth about religion.

The decision was a disappointment for civil rights advocates, who sought a simple recognition that freedom of speech does not allow a business to discriminate against its customers, a proposition supported by decades of legal precedent. Instead, the court ruled in favor of the baker who engaged in discrimination against Davids Mullins and Charlie Craig on the narrow grounds that the baker faced anti-religious animus in the consideration of the case by the Colorado Civil Rights Commission. The Supreme Court ruled this way to avoid the case’s harder questions regarding discrimination against LGBTQ people.

And now, with the Court sending the Arlene’s Flowers case back to the Washington State courts for further review, the Christian supremacists behind the Masterpiece Cakeshop case are already drawing battle lines around the “anti-religious animus” issue.

Now, lawyers at ADF are elaborating on this same point, saying AG Ferguson "demeaned her faith. He has compared her religious beliefs about marriage—which the Supreme Court said are ‘decent and honorable’—to racial discrimination." There's more here: pic.twitter.com/FJJytKRB3R

In the Masterpiece decision, while the court did not overturn civil rights protections for LGBTQ people, nor create broad exemptions from public accommodation laws on the basis of religion, religious extremists will certainly portray this decision as if it did. For example, Ralph Reed—best known as the founding executive director of the Christian Coalition—declared that the court “has reaffirmed that the Constitution protects freedom of speech, including speech of a religious content, and the state cannot compel speech against the will of the individual.” This is plainly false—the court’s decision did not involve compelled speech.

Presumably, Christian nationalists like Reed think that if they lie often enough, and with enough volume, their hateful rhetoric will shape the legal debate. American Atheists will work with other civil rights organizations to counter this narrative and to assure the public that nondiscrimination laws, including those protecting LGBTQ people, atheists and religious minorities, racial minorities, and others, are still in place and effective.

But let us return to the idea of animus, which is where the Masterpiece Cakeshop decision takes on an even greater importance for atheists and nonbelievers. The Supreme Court ruled that the baker faced inappropriate religious animus (or bias) based primarily on a statement made by one of the Colorado Civil Rights Commissioners. So, let’s examine what the commissioner actually said—here is the quote in its entirety (note that the last sentence was removed by the Supreme Court):

“I would also like to reiterate what we said in the hearing or the last meeting. Freedom of religion and religion has been used to justify all kinds of discrimination throughout history, whether it be slavery, whether it be the holocaust, whether it be—I mean, we—we can list hundreds of situations where freedom of religion has been used to justify discrimination. And to me it is one of the most despicable pieces of rhetoric that people can use to—to use their religion to hurt others. That’s just my personal point of view.”

From this one quote by one commissioner, the court decided that “some of the commissioners at the Commission’s formal, public hearings endorsed the view that religious beliefs cannot legitimately be carried into the public sphere or commercial domain, disparaged Phillips’ faith as despicable and characterized it as merely rhetorical, and compared his invocation of his sincerely held religious beliefs to defenses of slavery and the Holocaust.”

Is that what the quote says? From our angle it looks like a perfectly reasonable (and religiously neutral) statement about religion being used as an excuse to harm others. This sentiment is a typical one expressed by both religious people and atheists who support civil rights. And moreover, it is correct. Religion has certainly been used as a justification to do terrible things in the past, including slavery, genocide, and discrimination. However, by expressing this truth, based on the Supreme Court’s ruling, the commissioner engaged in improper religious animus and invalidated the case against the discriminatory baker.

But this decision suggests that government officials—the very people who we hope to convince and who we need to articulate the facts without apology—who state those truths are guilty of anti-religious animus and that their decisions to protect and enforce civil rights laws against religious objections are somehow tainted.

If elected officials, government employees, and civil rights commissioners are no longer free to tell the truth about religion, we’ve lost nearly everything. That’s what this ruling was about and why it’s so critical that we push back.

Opposing discrimination resulting from religious beliefs is not anti-religious animus. In their effort to avoid dealing with the real issues in the case, the Supreme Court has created confusion in civil rights law and undermined the free speech rights of those who oppose religious bigotry. Despite this outcome, American Atheists will continue to support the idea that businesses open to the public are open to all and to unapologetically demand that religious extremists follow the law.

Your ticket for the: The Masterpiece Cakeshop Decision Was a Strike Against Religious Equality and Free Speech