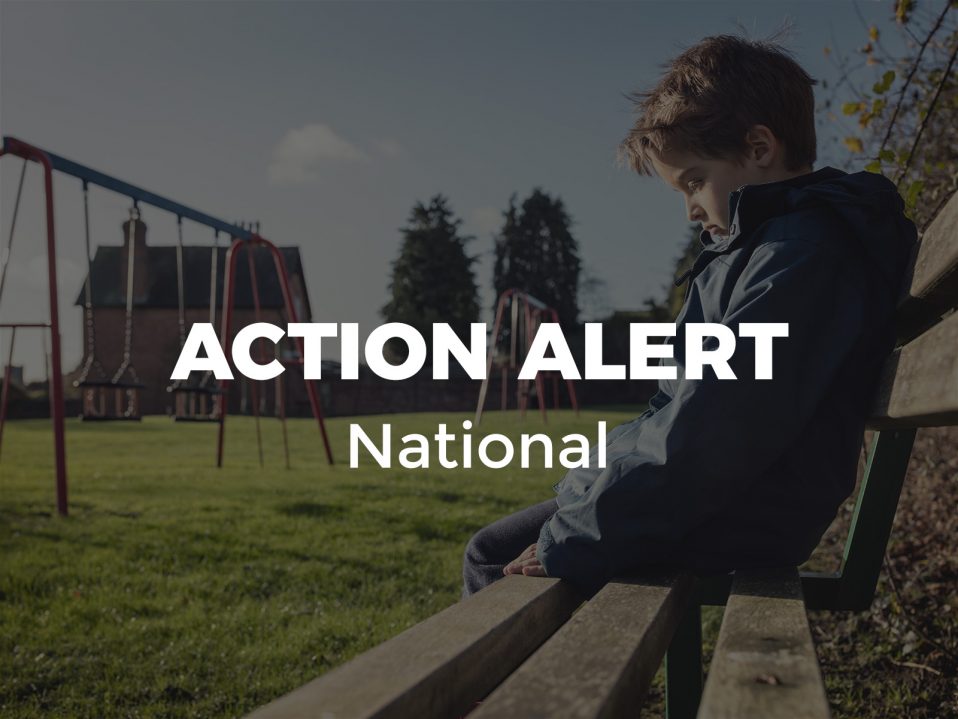 If passed, this amendment would require states to allow taxpayer-funded foster care and adoption providers to discriminate on the basis of their religion and cut child welfare funding for states that refuse to comply.

It is difficult to even convey how terrible this is—and sadly, there is a substantial chance this bill could pass.

We need you to take action now! Tell your Representative that the welfare of children must come before religious dogma.

This amendment would require states to allow adoption and foster care placement agencies to discriminate against atheists and nonbelievers, religious minorities, single parents, LGBTQ people, or any other group of people they disfavor. This kind of discrimination reduces the number of potential adoptive parents, making children in these systems less likely to find loving, permanent homes. Even worse, states that refuse to go along and allow religious discrimination will see their child welfare funding cut, which would only harm the vulnerable young people in the foster system.

This hateful provision could be used to allow foster parents to deny medical services or counseling to young people if it conflicts with their religious beliefs, agencies to refuse to reunify families if the parents are the “wrong” religion, or providers to kick LGBTQ children out of shelters. And they can do all this while receiving your tax dollars!

If this amendment is allowed to stand, this will be the first in a long line of federal attacks on religious equality at the state level.

This horrific agenda is being pushed by Christian nationalists, organizations like the Heritage Foundation, and the Catholic Church, which wants to receive government funding for their so-called “charities” while refusing to provide services for people they dislike. Only 10 states have passed laws adopting the twisted vision of “religious liberty” this bill espouses. But now they’re trying to use a must-pass appropriations bill to force it on the rest of us.

The majority of Americans oppose using religion as an excuse to discriminate. Together, we can stop this attack on religious equality. But your Representative needs to hear from you today. Please contact them now!

Your ticket for the: ACTION ALERT: Oppose Religious Discrimination in Foster Care