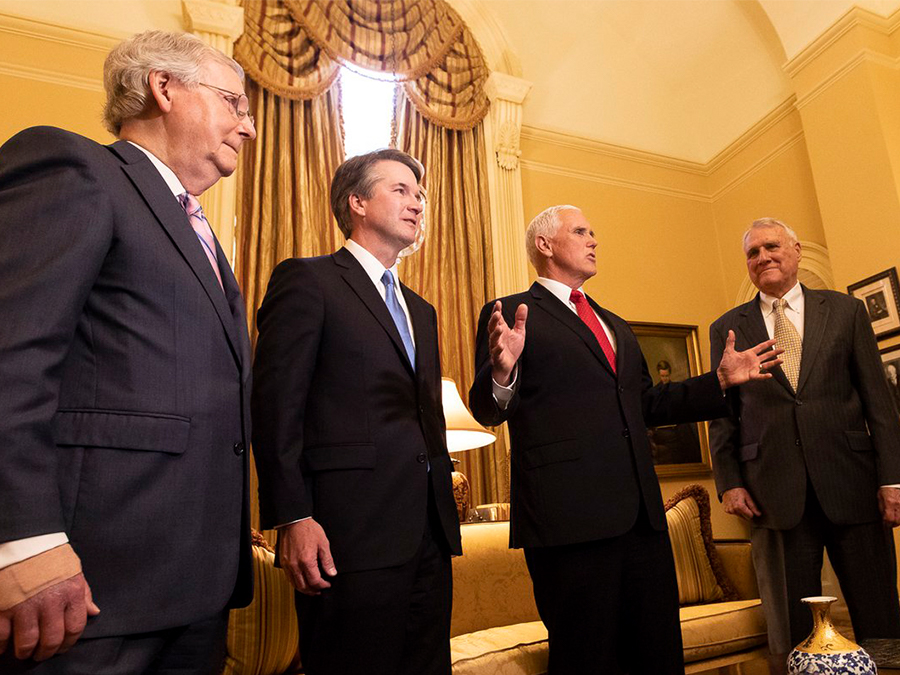 From the moment Brett Kavanaugh was nominated to this position, we knew that he presented a unique and existential threat to the constitutional principles of religious equality and the separation of religion from government.

During this confirmation process, our worst fears about Kavanaugh’s record, judicial philosophy, and temperament were confirmed. He has repeatedly shown himself to be a partisan ideologue who is more interested in protecting religious privilege for politically powerful sects than standing up for true religious freedom.

Kavanaugh’s views on religious issues are deeply outside the mainstream and threaten decades of precedent on issues ranging from taxpayer subsidy of religion and proselytizing in public schools, to civil rights protections for LGBTQ Americans and access to reproductive health care for women.

His confirmation to the Supreme Court is a sad day for all Americans who value equality, justice, and fairness. This process has profoundly undermined our confidence that the Supreme Court will remain an even-handed forum for resolving the most important legal issues facing our nation. Kavanaugh will instead be the deciding vote in cases that ensure religion retains its privileged position in American politics and expands its use as a weapon against vulnerable people.

Your ticket for the: American Atheists Statement on Confirmation of Brett Kavanaugh