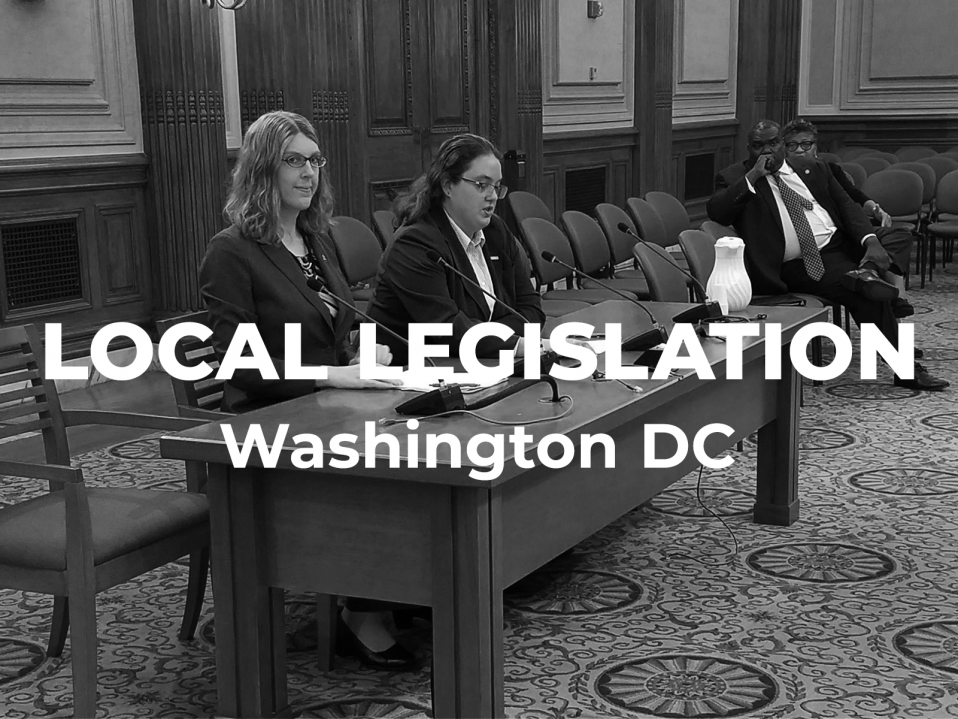 Washington, DC—American Atheists, on behalf of its constituents in the District of Columbia, provided testimony supporting B22-0972, a measure that would extend the current protections against conversion therapy to vulnerable adults under conservatorship or guardianship.

Conversion therapy consists of practices that seek to change an individual’s sexual orientation or gender identity or expression. Religious beliefs, not medical facts, dictate these pseudo-treatments.

Conversion therapy does not include counseling that provides acceptance, support, or understanding of LGBTQ identities; that facilitate coping, social support, or identity exploration; or that address unlawful conduct or unsafe sexual practices; or that provide assistance to a person going through gender transition.

Instead, conversion therapy can lead to depression, decreased self-esteem, substance abuse, homelessness, and even suicidal behavior, and for this reason, the nation’s leading mental health organizations have condemned it. Statistics show that minors experience these dangerous practices as family rejection, resulting in increased health risks. Such youth are 8.4 times more likely to report having attempted suicide and 5.9 times more likely to report high levels of depression.

“Like young people, many people under guardianship or conservatorship are dependent on others for their care, medical decision-making, and legal protection,” declared Alison Gill, Vice President for Legal and Policy (pictured above, left). “Individuals in such a vulnerable position would suffer a similar or even greater impact from these dangerous practices.”

B22-0972 would protect “incapacitated individuals,” adults whose ability to receive and evaluate information effectively or to communicate decisions is extremely impaired. This ban would make the District of Columbia’s ban the toughest in the country.

Gill explained, however, why B22-0972 still does not go far enough:

This bill does not address conversion therapy practiced by unlicensed practitioners and religious organizations, [and] American Atheists condemns those practices as well. We suggest that the Committee consider amending the legislation to additionally prohibit anyone appointed as a guardian or conservator by the court, who receives funds from District taxpayers, from subjecting those under their care to conversion therapy. No one should be subject to abuse or mistreatment based on the religious beliefs of their caretakers.

Your ticket for the: American Atheists pushes for Protecting Vulnerable Adults from Conversion Therapy in DC