Floridians, American Atheists is coming to a town near you! 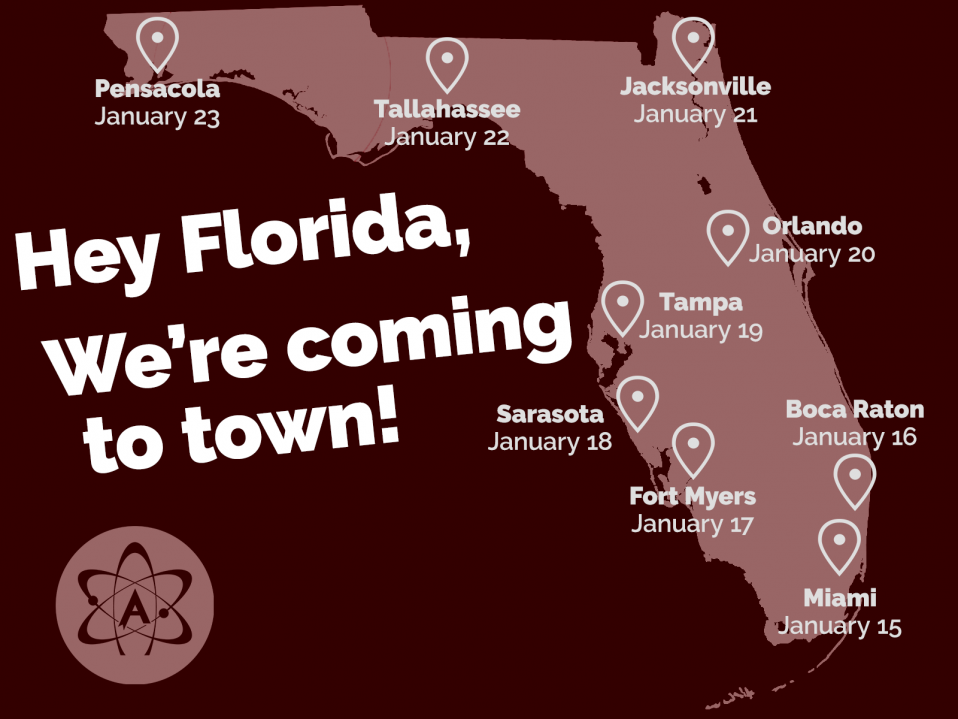 Do you want to take atheist activism to the next level? If so, attend an official American Atheist event near you!

Jim Helton, National Field Organizer, will cover it all. He’ll expose the current state of atheist activism, explain how to break out of the status quo, and give you concrete tools to boost your group’s activist presence.

Jim Helton knows firsthand how to grow an atheist group through activism. After co-founding the Tri-State Freethinkers in 2012, he implemented the ACES program. Jim will go over how activism, community, education, and social can strengthen your group and reach a whole new audience of atheists.

Jim G. Helton is the National Field Organizer for American Atheists. After attending the 2012 Reason Rally, he co-founded the Tri-State Freethinkers and was appointed American Atheists’ Kentucky State Director. Under his leadership, Tri-State Freethinkers adopted the highway in front of the Creation Museum and Ark Encounter and led a protest that received international attention. He played a key role in eliminating Gideon’s bible distributions in public schools and removing abstinence-only sex education.

Mr. Helton’s activism at the Creation Museum and Ark Encounter landed him appearances in the 2017 documentary film Bill Nye: Science Guy and the forthcoming documentary We Believe in Dinosaurs. He has been quoted in countless news outlets, including The New York Times, Miami Herald, and Washington Post. He is a fixture in local media and has given interviews for international television specials in France, Switzerland, and elsewhere.

Your ticket for the: Floridians, American Atheists is coming to a town near you!

Floridians, American Atheists is coming to a town near you!