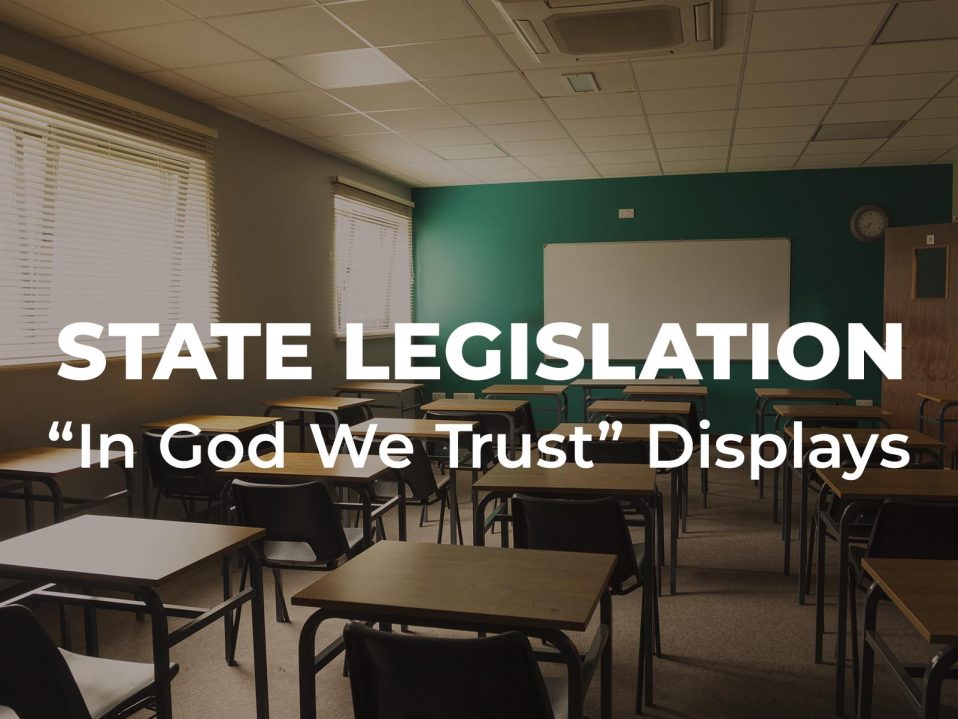 Specifically, Kentucky’s HB 46 would require schools to display “In God We Trust” in a prominent location in schools. Not only would this bill force non-believing students to view this religious message daily, it would further stigmatize children of no faith or minority faiths. As a result, bullying and harassment would likely increase.

Just as bad, Kentucky taxpayer dollars would be wasted on defending this unnecessary and divisive law. KY’s education dollars should go toward educating students, not supporting religious messages by special interests.

Indiana’s “In God We Trust” Display and Creationism Bill

Indiana’s SB 373 is even worse than HB 46. SB 373 would force public schools to display “In God We Trust” in each and every classroom.

“This bill is shockingly unconstitutional. We hope that lawmakers in Indiana are wise enough to halt this roiling mess of poorly conceived ideas, religious coercion, and unintended consequences before it becomes law,” wrote Alison Gill, Vice President for Legal and Policy.

Your ticket for the: American Atheists Warns States about “In God We Trust” Posters as Religious Propaganda