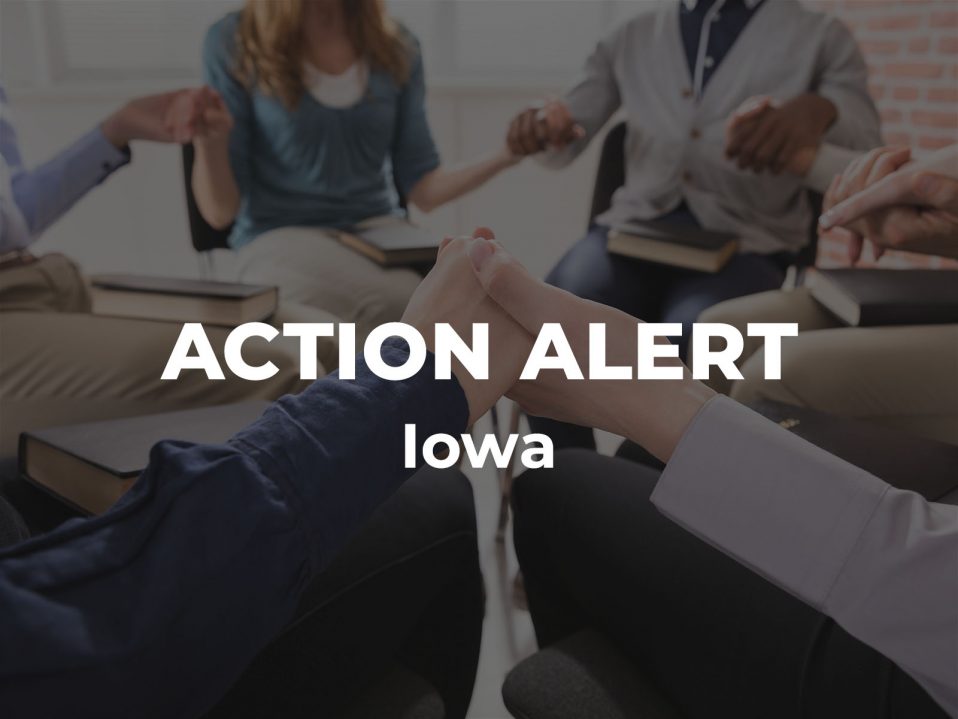 Imagine if religious student groups in public colleges and universities could discriminate against atheists, LGBTQ people, and anyone else they dislike—all while receiving funding from the school!

That could soon be a reality in Iowa if we don’t do something about it!

Iowa lawmakers are currently considering HF 276. This controversial bill would establish religious exemptions that would would invalidate nondiscrimination policies at public colleges and universities.

We need your help to oppose this bill! Tell the House to vote NO on HF 276!

This bill is unfair to all students at Iowa’s public universities and colleges. They should not have to pay to support student groups that engage in active discrimination.

HF 276 is being considered in just a few hours.

Your ticket for the: Urgent Action Needed! Stop Discrimination Against Atheists in Iowa’s Colleges and Universities