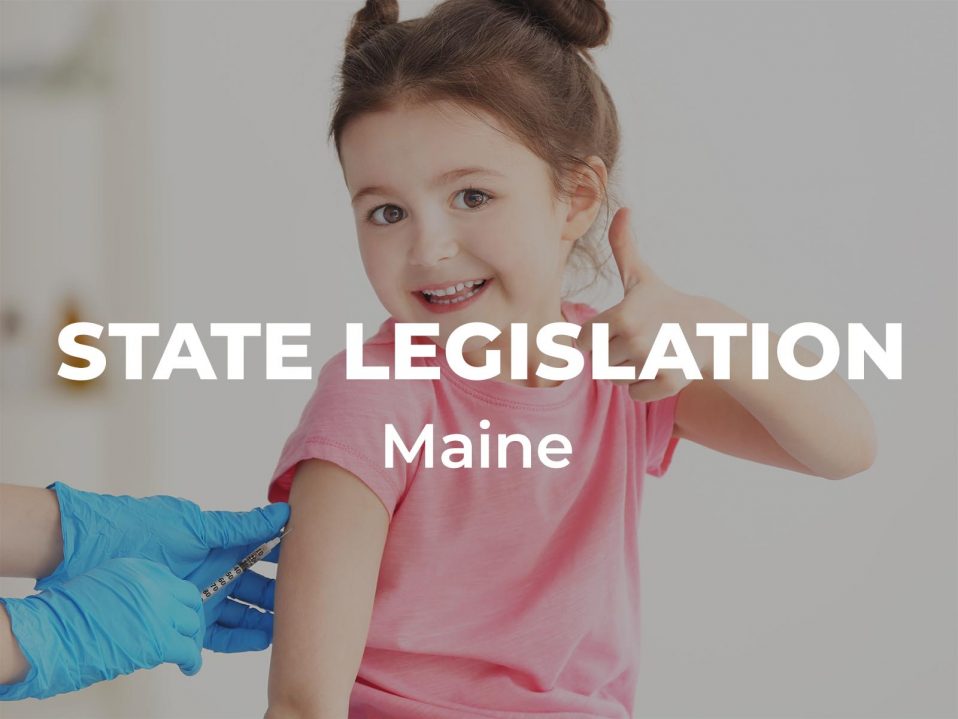 Augusta, ME—This week, American Atheists, on behalf of its constituents in Maine, submitted testimony in support of LD 798. This bill would repeal religious and philosophical exemptions that prevent children from receiving vaccination.

Current Maine law allows a parent to opt their child out of the vaccination requirement if they possess a “sincere religious belief that is contrary to the immunization requirement… or an opposition to the immunization for philosophical reasons.” LD 798 updates Maine’s law pertaining to vaccinations that students must receive before attending public school by repealing loopholes.

“Vaccination is a vital public health issue, and we support vaccination requirements based on public health and medical best practices for the benefit of all children,” wrote Alison Gill, Vice President for Legal and Policy.

According to the CDC, the opt-out rate for vaccination in Maine is 5.3%, which is more than double the national average of 2.2%.

“Tragically, this difference is responsible for a public health epidemic: Maine has one of the highest rates of whooping cough in the country and skyrocketing rates of chickenpox,” said Gill.

LD 789 would also correct a loophole that allows staff at nursery schools to not be vaccinated based on their “sincerely held religious or philosophical beliefs.”

“Non-essential exemptions to immunization requirements endanger all children in order to accommodate the religious or philosophical beliefs of a few. Such exemptions are unacceptable from both a public health and moral perspective, since successful population immunity to disease depends upon a significant level of vaccination, as high as 95% for some diseases,” added Gill.

“These concerns are even more true for nursery schools, where staff are very likely to have contact with children who have not yet received their full course of vaccination,” continued Gill.

In the testimony, Gill points to historical examples of outbreaks occurring in communities that do not support vaccination. Measles, for example, is a vaccine-preventable disease that has plagued multiple religious communities known to be either reluctant to vaccinate or completely against vaccination.

In Prince v. Massachusetts, the U.S. Supreme Court made clear, “The right to practice religion freely does not include liberty to expose the community or child communicable disease, or the latter to ill health or death…. Parents may be free to become martyrs themselves. But it does not follow they are free, in identical circumstances, to make martyrs of their children before they reached the age of full and legal discretion when they can make that choice for themselves.”

“Lawmakers have a responsibility to protect all youth, regardless of their religion or lack thereof,” Gill concluded. “No young person should be subject to harm or illness based on the religious beliefs of their caretakers or their classmates.”

Your ticket for the: Atheists: Maine Should End Religious Exemptions for Vaccines