Tennessee Residents: No Religious Discrimination in Foster Care and Adoption! 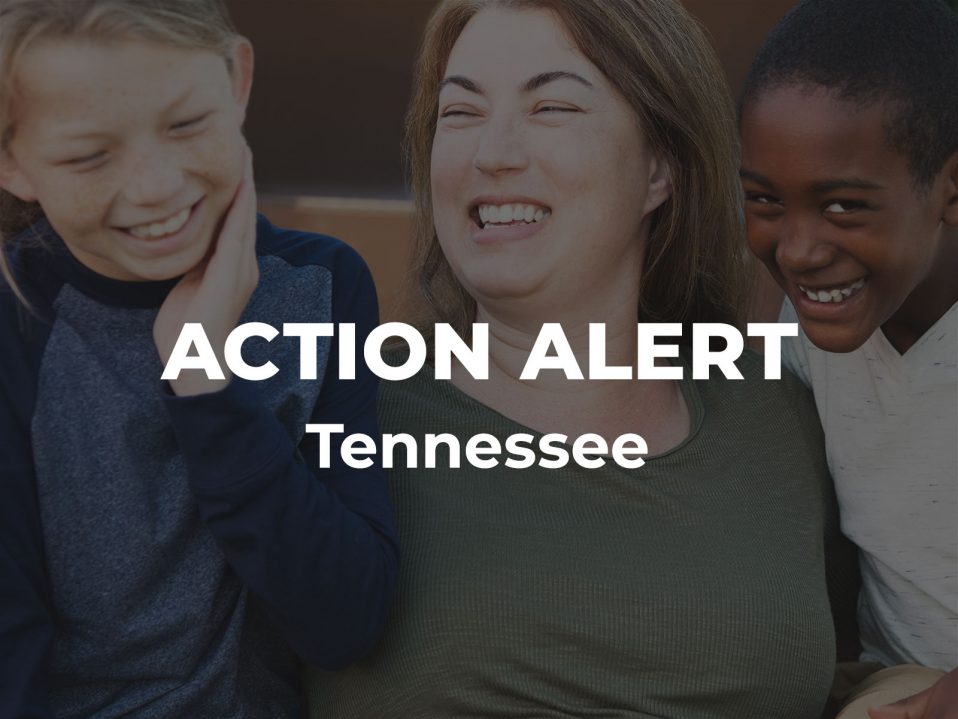 Soon, if we don’t work together to stop it, state-funded adoption and foster care agencies in Tennessee will be able to discriminate against children and would-be parents—all in the name of religion.

On Tuesday March 5th, the Tennessee House Children and Families Subcommittee is holding a hearing on HB 1152, a bill that would create new religious exemptions for foster care and adoption placement agencies.

This bill would allow adoption and foster care placement agencies to discriminate against atheists and nonbelievers, religious minorities, single parents, LGBTQ people, or any other group of people they disfavor. This kind of discrimination reduces the number of potential adoptive parents, making children in these systems less likely to find a loving permanent home.

Sponsors of this bill claim that religious child placement agencies in other states have been forced to close due to same-sex marriage—but that is simply untrue. Instead, these agencies have a choice: they can either take government funds or they can choose to discriminate. It is unfair to Tennessee taxpayers, would-be parents, and especially the children involved to allow agencies to discriminate with state funding.

Together we can stop this hateful bill!

Your ticket for the: Tennessee Residents: No Religious Discrimination in Foster Care and Adoption!

Tennessee Residents: No Religious Discrimination in Foster Care and Adoption!