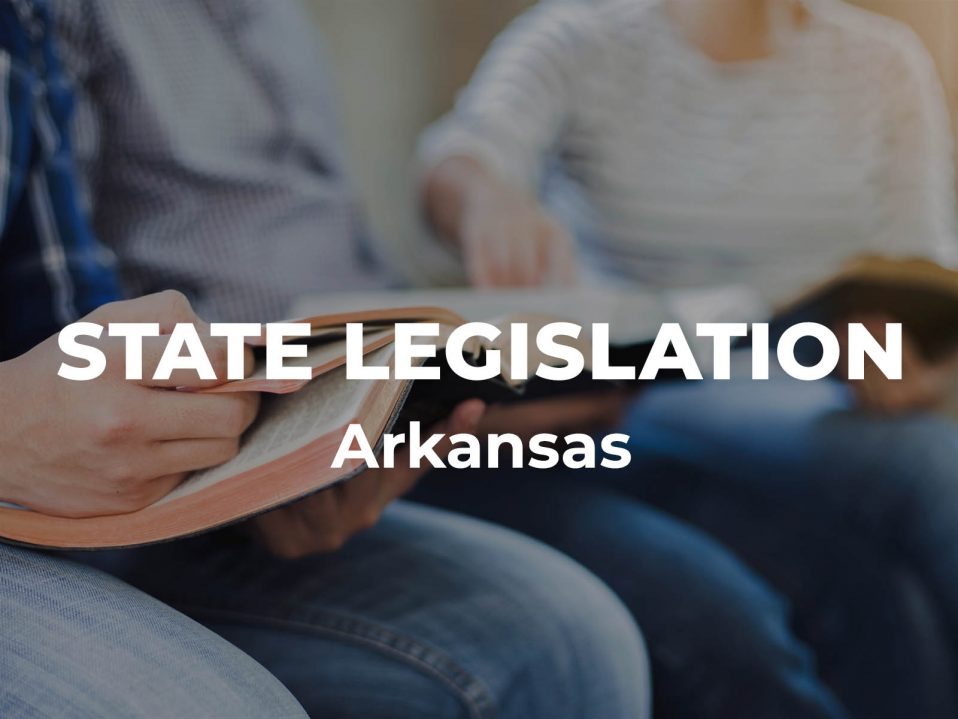 Little Rock, AR—American Atheists, on behalf of its constituents in Arkansas, wrote to express serious concern over HB 1626. This bill would require every public high school to offer elective courses on the Bible if requested by students.

American Atheists opposed HB 1626 for three reasons. First, it is wasteful of public education resources. Second, it puts schools at risk for liability. Third, it may result in religious coercion against Arkansas students.

In 2017, the state of Kentucky passed HB 128, which establishes elective Bible classes in Kentucky schools. The ACLU conducted a case study on the implementation of the elective Bible courses in public schools and determined that the majority of courses did not fall within the Constitutional strictures of being “objective, nondevotional, and … not promot[ing] any specific religious view.” The ACLU concluded that several of the courses were being used to impose religious “life lessons and actively inculcate Christianity.”

Further, a case study on Bible curriculum in the state of Texas conducted by Dr. Mark Chancey of Southern Methodist University found numerous violations of the constitutional requirements clarified by Roberts v. Madigan. This depth report concluded that

Similarly, a 2000 study by People for the American Way (PFAW) found that “Bible History” courses taught in Florida from 1996–1999 were usually “taught from a Christian, generally Fundamentalist Protestant, perspective, and typically, the courses presented the Bible as a history textbook, assumed that students were Christian, and used the Bible to promote Christian faith formation.” PFAW’s study resulted in the state of Florida removing the existing courses.

While proponents assert that HB 1626 would protect religious freedom in schools, they ignore the fact that the bill is inherently antagonistic toward the religious freedom of anyone who is not Christian. This bill shows clear favoritism for Christian students and beliefs because it makes no mention of offering courses about minority religions if requested by students, nor courses on secular philosophy if requested by nonreligious students.

If passed, HB 1626 would cause Arkansas to face scrutiny as it implements a Bible course curriculum. “Taxpayer dollars should fund public education, not be wasted on efforts to indoctrinate students, nor to defend such unconstitutional indoctrination in court,” wrote Alison Gill, Vice President for Legal and Policy.