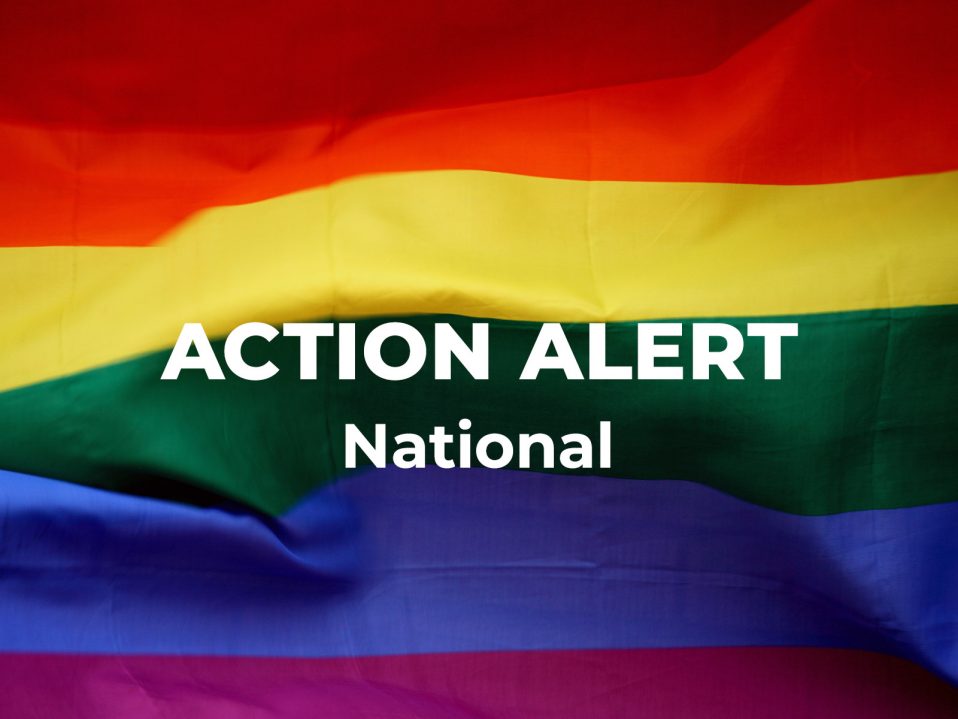 The Equality Act (H.R. 5) is a bill that would expand national civil rights laws by prohibiting discrimination based on sexual orientation or gender identity.

Next week, the US House of Representatives will hold a historic vote on this critical measure.

Without the Equality Act, our country will continue to have a patchwork of inconsistent protections. For example, in 30 states, LGBTQ people are at risk of being fired, refused housing, or denied services under state law.

Unfortunately, in some areas where limited protections exist, they are subject to overly broad religious exemptions.

The Equality Act would change this by creating a foundation of basic non-discrimination protections across the nation that would protect LGBTQ people in areas such as employment, housing, education, and public accommodations, without expanding harmful religious exemptions!

Please take action now—ask your Representative to vote for the Equality Act!

By ensuring protections for LGBTQ people under national civil rights laws, the Equality Act would actually strengthen protections for everyone. For example, the bill expands the meaning of “public accommodations” to include retail stores; transportation services like airports, taxis, and bus stations; and service providers like accountants.

The Equality Act would also protect youth in child welfare services by preventing state-funded religious foster care and adoption agencies from discriminating against LGBTQ people. Currently, 10 states have laws on the books that allow discrimination on the basis of religion, and other states are considering this issue.

Stop more states from adopting discriminatory legislation in the name of religion! Support the Equality Act!

The Equality Act has overwhelming bipartisan support in the House of Representatives, and these protections are supported by a substantial majority of Americans. This commonsense legislation is long past due.

Please ask your Representative to vote FOR the Equality Act when this bill comes before the House next week!

Your ticket for the: Support the Equality Act to Protect Civil Rights and Limit Religious Exemptions!