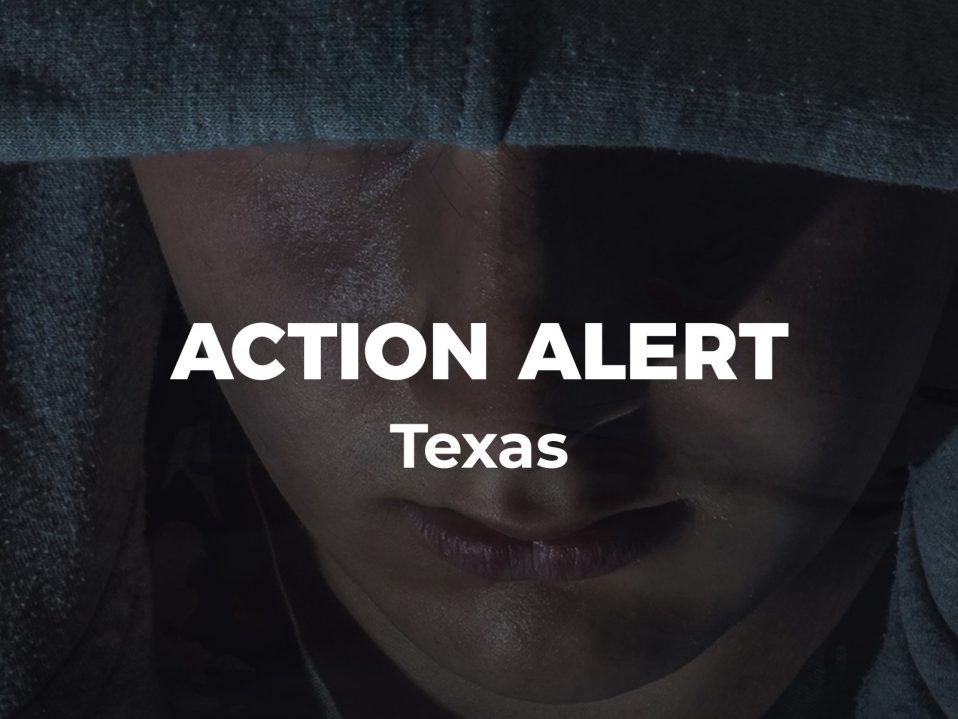 Texas lawmakers are trying to rush through terrible legislation that creates sweeping religious exemptions at every level of the Texas government before the end of session.

SB 1978 would prevent the government from taking action against anyone who violates the law based on a religious belief—no matter what that belief may be.

But there is one last chance to stop this bill—please tell the House committees considering SB 1978 to vote against it!

This bill is clearly aimed at allowing discrimination against LGBTQ people—that’s bad enough, but the negative consequences of this poorly drafted legislation would go so much further.

For example, imagine the impact on police enforcement if anyone can claim immunity because of their religious beliefs. And that is just one sphere—this will affect Texas schools, local government, the courts, and so many other areas of life.

No one should get special privileges or immunity to the law based on their religious beliefs.

Unfortunately, this legislation has already passed the Senate. It was passed out of committee without any hearing or consideration of unintended consequences of carving broad religious exemptions into the law.

Before it’s too late, tell the Texas House committees to oppose SB 1978! Together, we can stop this bill, but only if we take action now!

Your ticket for the: Texans, Stop Dangerous New Religious Exemptions