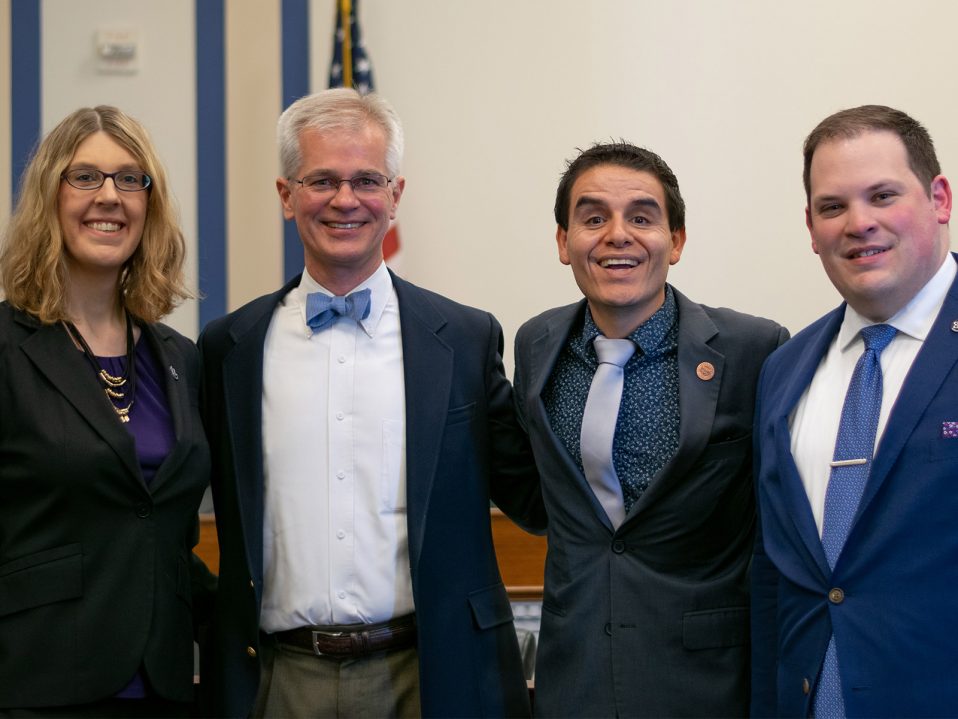 “Very few Americans have ever heard of Project Blitz, yet hundreds of elected officials are actively supporting the Congressional Prayer Caucus Foundation (CPCF), which runs this extremist campaign,” explained American Atheists’ Vice President for Legal and Policy Alison Gill (left). “The CPCF pushes legislators to introduce a range of harmful bills through its network of state prayer caucuses.”

Yet state legislators across the country are building opposition to Project Blitz. In Minnesota, State Senator John Marty (center left) successfully defused conservative media attacks on him after he opposed an “In God We Trust” school display bill, citing his own faith and his commitment to religious equality.

“Project Blitz is working behind the scenes in state legislatures, and the reach of this effort is national,” said Huffman, co-founder of the Congressional Freethought Caucus. “Let’s be very clear. This is not about protecting religious freedom or religious liberty. It’s about imposing some people’s religious views on everyone else. It’s about changing this pluralistic secular democracy of ours into a theocracy, into the kind of country that’s depicted in shows like The Handmaid’s Tale.”

“Project Blitz is not going away, but since they have made their intent clear, we can work to oppose this harmful and deceptive campaign,” said Nick Fish (right), President of American Atheists. “Starting now, state and federal legislators, as well as advocates for equality, need to coordinate their efforts to stop Project Blitz and its attacks on women, LGBTQ Americans, atheists, and religious minorities.”

Your ticket for the: State Lawmakers Brief Members of Congress on Religious Extremist “Project Blitz” Campaign