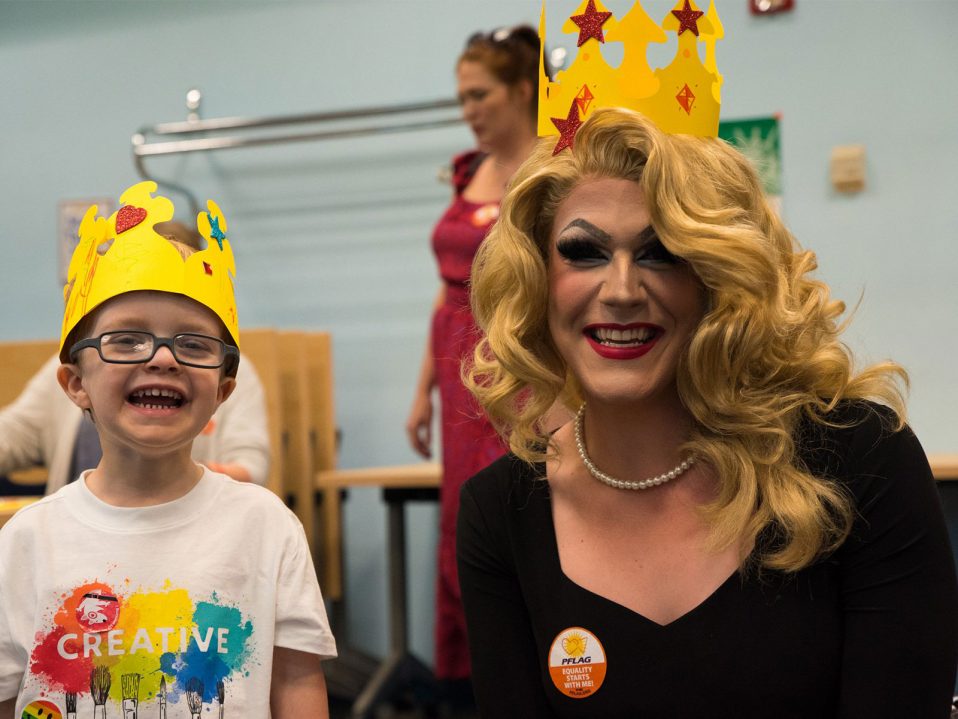 Cranford, NJ—Organizers of a Drag Queen Story Hour came to the defense of a local library, the venue for the event, after the St. Mary’s County Commission removed $2,500 from its budget, allegedly to pay security costs.

Yesterday, American Atheists, Southern Maryland Area Secular Humanists (SMASH), PFLAG National, and PFLAG’s Leonardtown chapter sent a letter to the commission warning that the organizations “are prepared to seek judicial remedies for [the] violation of their rights.”

“At Drag Queen Story Hour, the St. Mary’s Sheriff’s Department arrested and charged a Christian extremist with five misdemeanors after he barged into the meeting room, terrorizing young attendees,” explained Samantha McGuire, SMASH Chapter Coordinator and National Field Director of American Atheists. “This anti-LGBTQ protester broke the law, yet St. Mary’s County Commission is blaming the victims, forcing the library to foot the bill to protect children from out-of-control fundamentalists.”

At its July 16 meeting, the commission transferred $2,439.38 from the library’s budget into St. Mary’s County Sheriff’s Department’s to cover the cost of providing security for the event.

“The commission’s decision to defund the library violates Maryland law and the Free Speech Clause of the First Amendment. The Constitution does not allow for a ‘heckler’s veto,’” said Geoffrey Blackwell, American Atheists’ litigation counsel, who wrote the advisory letter. “The commissioners claimed that they wanted to avoid controversy. Far from quelling controversy, though, they somehow managed to incentivize it.”

“By kowtowing to Christian supremacists, the Commission is sending the message that bigoted protesters should use any means necessary, including threatening innocent children and committing multiple crimes, to get what they want,” said Nick Fish, American Atheists’ president.

The groups advised the St. Mary’s County Commissioners to act within the bounds of Maryland law and their constitutional obligations and hope that the commissioners will restore the funding to the library.

Your ticket for the: Maryland County Punishes Library for Hosting Drag Queen Story Hour, but Atheist and LGBTQ Organizations are Fighting Back