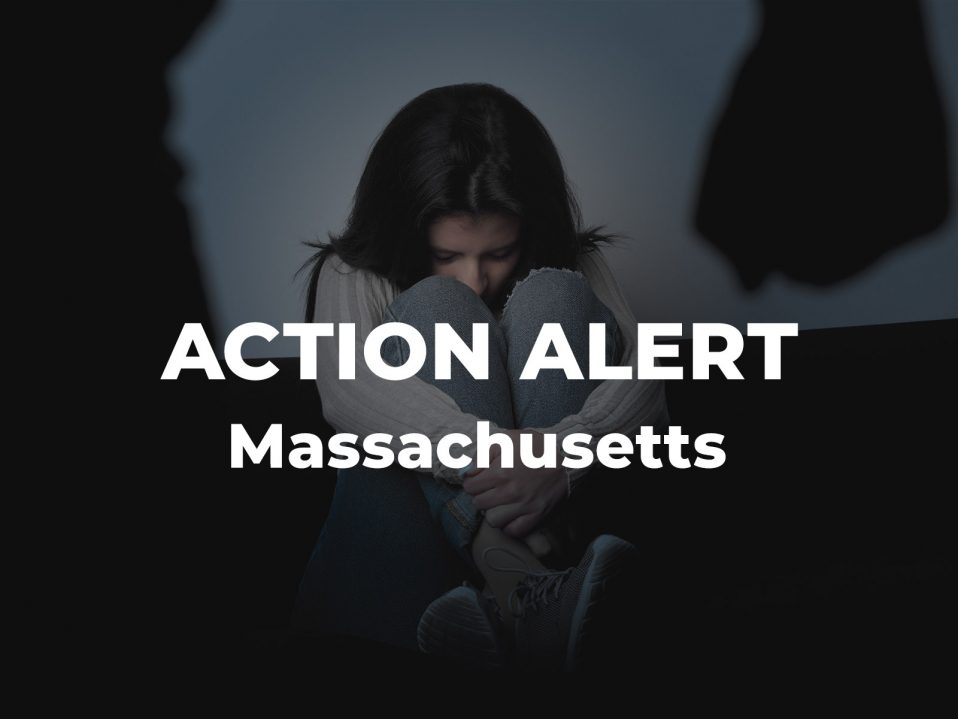 The Massachusetts State Senate is considering S.24, legislation that would prevent forced child marriage by prohibiting marriage of individuals under the age of 18.

Between 2000 and 2010, approximately 248,000 children as young as age 12 have been forced to marry. Current Massachusetts law states a minimum marriage of 18, but allows children that are younger than 18 years old to marry with consent by a parent or guardian and judicial approval. No statutory minimum-age exists for these exceptions.

Child brides forced into marriage because of their parents’ religion have few options. As minors, they face legal dead ends: Their parents still have custody rights, and organizations and shelters are unable to interfere with those rights. As a result, these children remain with abusive families and husbands, and they are far too often removed from school, sexually assaulted, and live in poverty.

The only way to give child brides the legal right to say “no” to marriage is to eliminate the ability for minors to marry and close loopholes to existing laws.

Postponing marriage until both parties are 18 gives young women the legal right to refuse and the ability to take legal action against victimizers.

Children should not be forced into marriage or made to suffer because of the religious beliefs of their parents. Tell Massachusetts senators to support S.24!

Your ticket for the: Protect Children in Massachusetts from Forced Marriage!