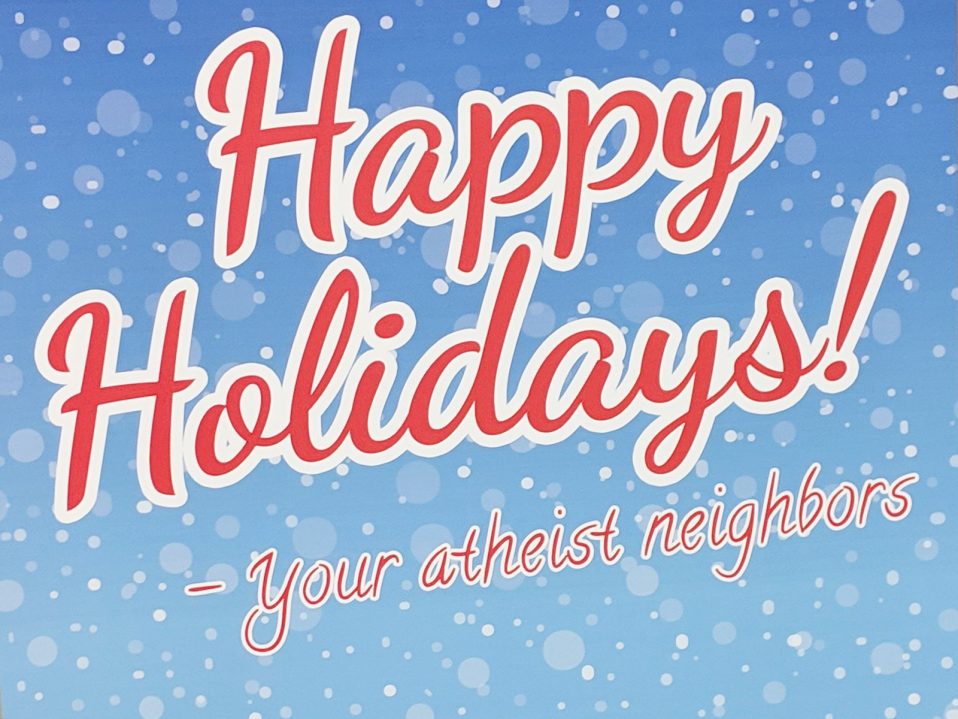 On Tuesday evening, the Board of Selectmen approved a policy to allow religious displays on public property. If too many people apply, displays would be randomly drawn for inclusion on P.T. Barnum Square.

“This is a victory for religious equality. We commend the Board of Selectmen for adopting a policy that ensures all Bethel residents can fully enjoy their First Amendment rights,” said Geoffrey Blackwell, American Atheists’ litigation counsel, who wrote letters to the Board last year to demand a winter display policy free from discrimination.

Tuesday’s decision comes after American Atheists opposed a July proposal that would have grandfathered in a Nativity scene and an atheist banner but forced any new displays, such as a menorah, to enter into a lottery. The rules adopted Tuesday, however, treat every applicant equally by requiring that all displays enter the lottery if there isn’t enough space to accommodate each one.

“Nothing is more important to us than protecting religious equality under the law for everyone,” said Nick Fish, president of American Atheists. “No American—whether Christian, Jewish, Muslim, Buddhist, Satanist, or atheist—should want the government picking which religious views get special treatment.”

“I hope Bethel residents of all faiths, and none, apply for space to put up holiday displays this year. People will see the community’s diversity on full display in the town square. And you can’t get any more American than that,” added Fish.

Your ticket for the: Bethel, CT’s New Holiday Display Policy is a “Victory for Religious Equality”