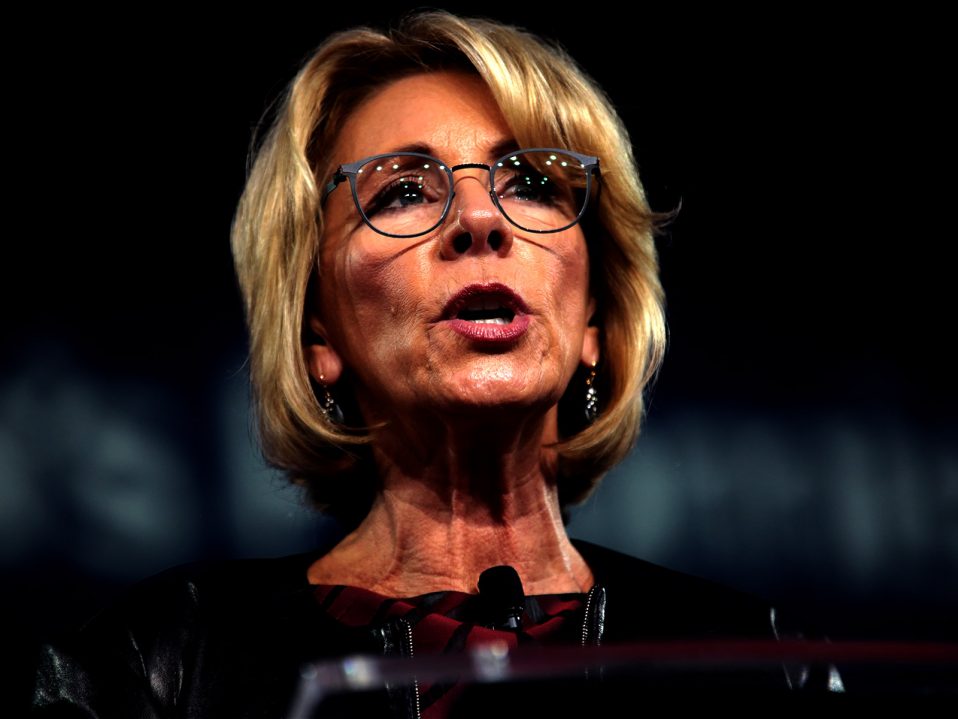 Cranford, NJ—Today, American Atheists condemned the Department of Education’s most recent attack on the separation of church and state. The department rushed through a final rule, ignoring the required process, to permit school districts to contract with religious organizations.

In their attempt to redirect taxpayer dollars to religious organizations, Betsy DeVos and her team are purposefully misinterpreting the Trinity Lutheran Supreme Court case, which deals with specific types of states grants that exclude religious organizations. In fact, that case has no legal effect on contracts, such as those at issue in the new final rule.

“There are valid, nondiscriminatory reasons why such contracts may not be appropriate for religious providers,” explained American Atheists’ Vice President for Legal and Policy Alison Gill, who filed comments yesterday. “Atheists or religious minorities may be unable or unwilling to access such a provider, and if this is the only contracted provider in an area, then those students will be effectively denied essential government services.”

By making these changes, the final rule guts students’ religious freedom protections. As a result, religious discrimination against students and improper usage of Title I funding for religious purposes will become more common.

Gill called out the Department of Education for trying to sneak through this final rule. “The Department does not have authority…to void mandatory implementing regulations without even a notice and comment process,” she said. “The final rule is invalid.”

“We strongly urge the Department to withdraw the relevant portion of the final rule and to reconsider this ill-conceived attempt to undermine the religious freedom of vulnerable students,” she concluded.

Your ticket for the: Atheists Call out Betsy DeVos for Trying to Divert Government Funding to Religious Organizations