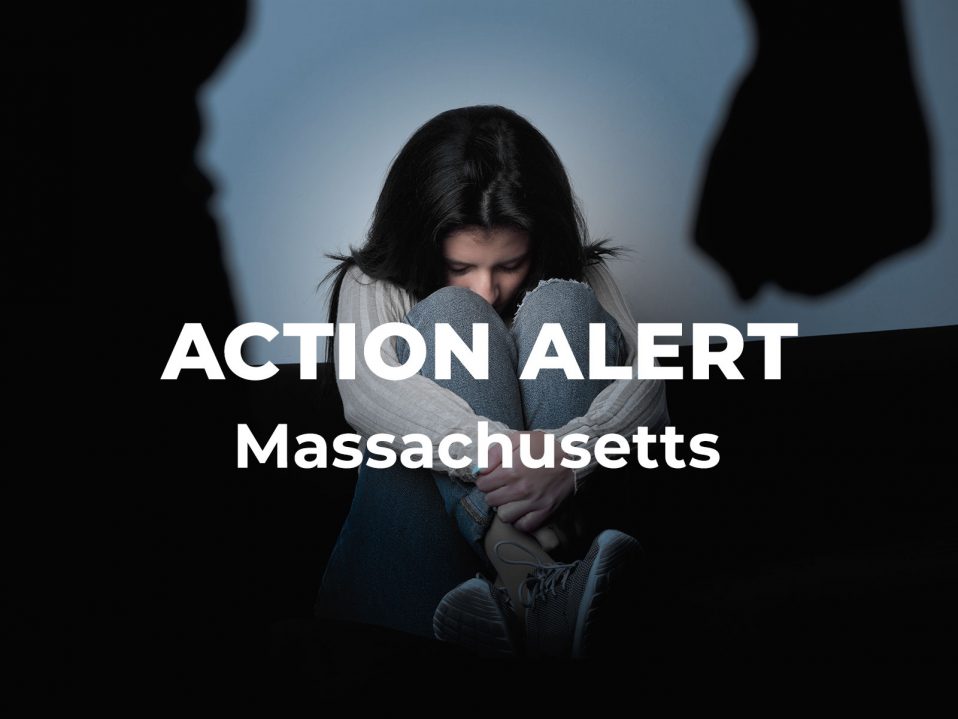 The Massachusetts Joint Committee on the Judiciary is considering H1478, a life-saving bill that would prevent forced child marriage by prohibiting marriage of individuals under the age of 18.

Between 2000 and 2010, more than 167,000 children as young as age 12 have been forced to marry in 38 states. Current Massachusetts law states a minimum marriage of 18, but allows children that are younger than 18 years old to marry with custodial parent or guardian consent, and judicial approval. No statutory minimum-age exists for these exceptions.

Tell the members of the Joint Committee on the Judiciary to protect young people in Massachusetts from this devastating practice!

Child brides forced into marriage because of their parents’ beliefs have few options. As minors, they face legal dead ends. Their parents still have custody rights, and organizations and shelters are unable to interfere with those rights. As a result, these children remain with abusive families and husbands, and they are often removed from school, raped, and live in poverty.

The only way to give child brides the legal right to say “No” to marriage is to eliminate the ability for minors to marry and close loopholes to existing laws.

Postponing marriage until both parties are 18 gives young women the legal right to refusal, emancipation from their families, and the ability to take legal action against domestic abusers.

A version of this critical bill has already passed the Massachusetts Senate unanimously.

We are so close to getting this passed—please help protect children in Massachusetts by asking the Joint Committee on the Judiciary members to support H1478!

Your ticket for the: End Forced Child Marriage in Massachusetts