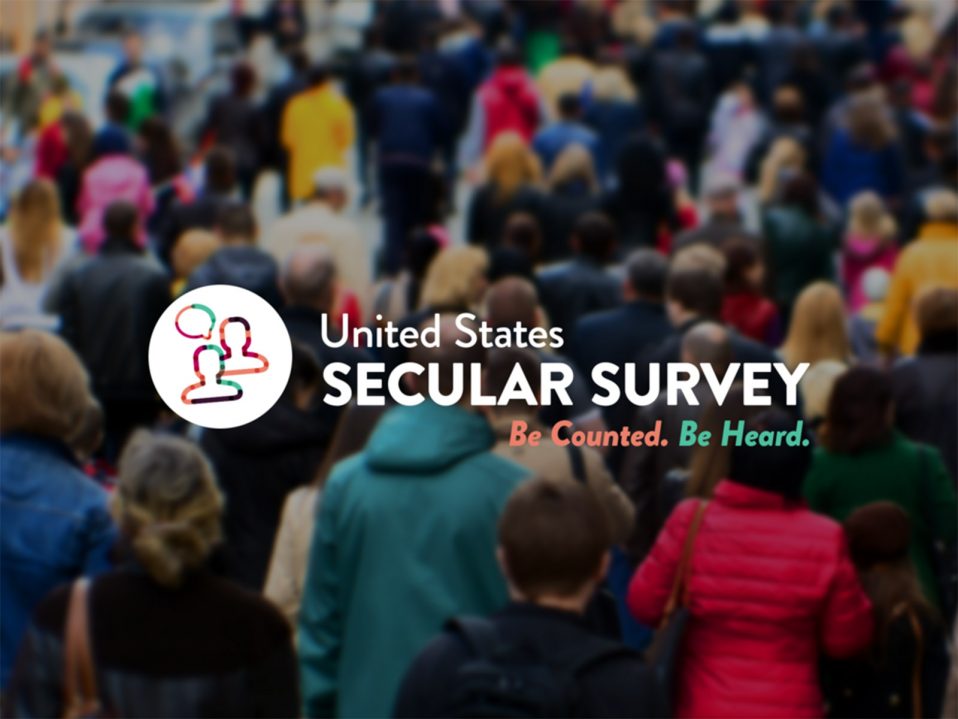 “Today, there are more than 75 million non-religious Americans, making us more numerous than evangelicals, yet we sorely lack data about who we are as a community,” said Alison Gill, American Atheists’ Vice President for Legal and Policy, who is leading the U.S. Secular Survey project alongside a team of researchers from Strength in Numbers Consulting Group.

“Federal surveys capture zero demographic information about religion, and even large polling organizations don’t offer enough data about the experiences of atheists, agnostics, and non-religious Americans. The U.S. Secular Survey, on the other hand, will enable a deeper analysis of the lived experiences of non-religious people, enabling us to understand the challenges atheists face in their daily lives, to advocate for atheist civil rights, to establish programs to meet community needs, and to seek grant funding to benefit our population,” she explained.

Following completion of the survey, American Atheists will provide data and an analysis report to partner organizations in order to benefit the entire secular community.

“Atheists are far too often overlooked, but the U.S. Secular Survey will give atheists a platform to tell our stories, and by doing so, make it easier for others to open up about their beliefs,” said Nick Fish, American Atheists’ President. “Atheists and other non-religious Americans will have the opportunity to make their voices heard and help determine the future of the secular movement by adding their voices to the conversation.”

Your ticket for the: American Atheists Launches Largest Survey on Non-Religious Americans and their Struggles