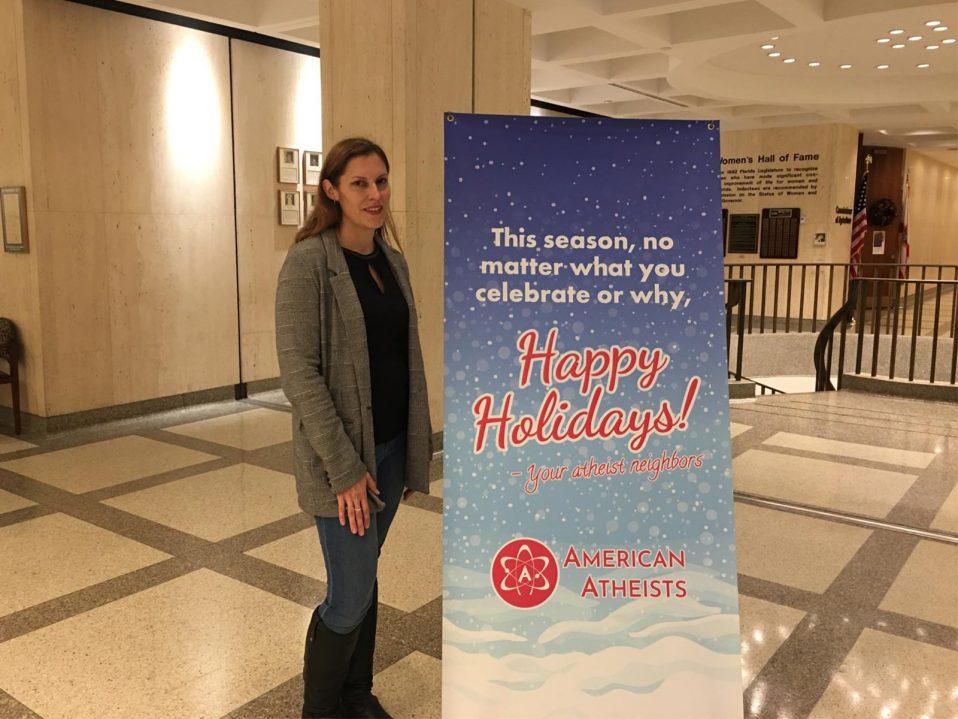 Tallahassee, FL—Today, American Atheists installed its holiday banner at the Florida Capitol. This is the first time that the atheist organization has hosted such a display in the rotunda.

“The purpose of this banner is to share a positive holiday message with all Floridians, faithful and faithless alike,” said Devon Graham, American Atheists’ Assistant State Director, who petitioned to have the banner displayed.

The display depicts a snowy background with the phrase, “This season, no matter what you celebrate or why, Happy Holidays!  —Your atheist neighbors.”

“About a quarter of all Florida residents do not identify with any faith tradition whatsoever and many holiday displays neglect this substantial segment of the population,” said Graham, who also serves as the Vice President for the Humanists of Tallahassee (HOT), a newly formed group in the region.

“This is the time of year when people gather with their family and friends to celebrate the season. We hope that by having an all-encompassing holiday message everyone feels included in the festivities,” she added.

American Atheists’ banner will remain on display on the House side of the Rotunda until December 20.