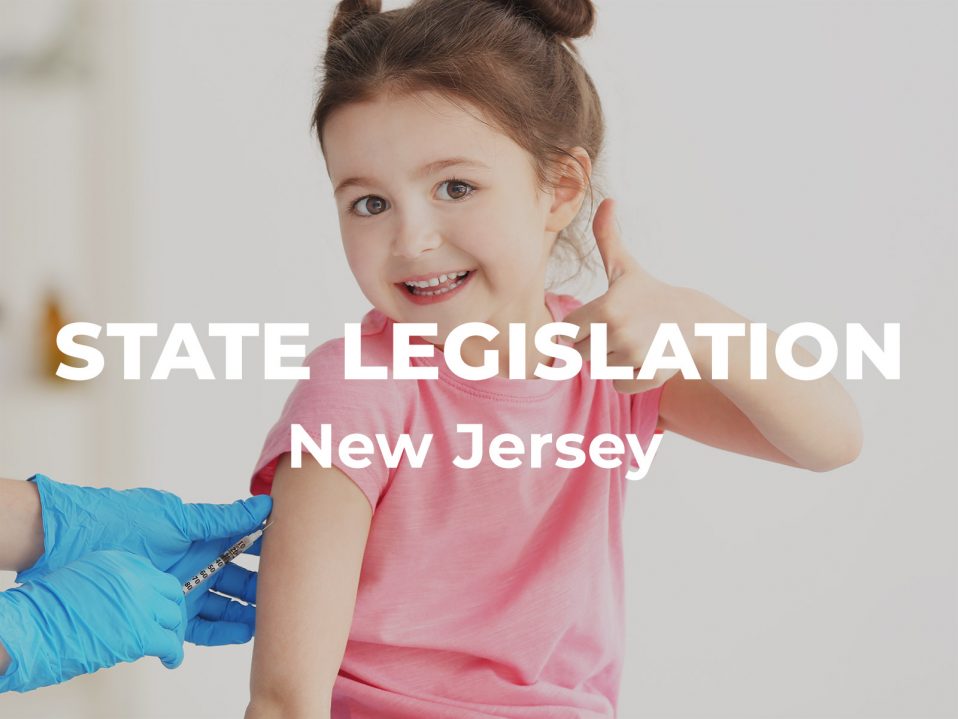 “When parents refuse to vaccinate their children, they endanger their lives and the lives of their classmates, particularly those who are unable to receive vaccinations for medical reasons,” said Fish. “No young person should be subjected to preventable and potentially debilitating infectious diseases due to the personal religious beliefs of their caretakers or classmates.”

The use of religious exemptions is on the rise in New Jersey. During the 2017/18 school year, the number of these exemptions increased to more than 12,000—up from just 1,600 a decade ago.

According to the Centers for Disease Control and Prevention, 86% of the more than 1,200 plus cases of measles reported this year were associated with “under-immunized, close-knit communities including two outbreaks in New York Orthodox Jewish communities,” which resulted from religious exemptions.

“Before New Jersey experiences a measles outbreak and is forced to declare a state of emergency, legislators should enact common-sense legislation to eliminate these dangerous religious exemptions right now,” said Fish. “Not only is it pressing that we accomplish this, it is perfectly constitutional.”

Indeed, the U.S. Supreme Court made it clear in Prince v. Massachusetts (1944) that “the right to practice religion freely does not include liberty to expose the community or children to communicable disease, or the latter to ill health or death.” In addition, neither New Jersey’s constitution nor laws require that public health and safety be subordinated by religious beliefs, no matter how sincerely held.

“I urge the New Jersey Senate to follow the example of their colleagues in the General Assembly and remove these religious exemptions, joining Maine and New York in putting the lives of young people first,” added Fish.

The companion bill to S2173 in the General Assembly, A3818, was amended in January 2019 to remove religious exemptions.

Your ticket for the: Atheists Tell New Jersey to End Religious Exemptions from Vaccination Requirements